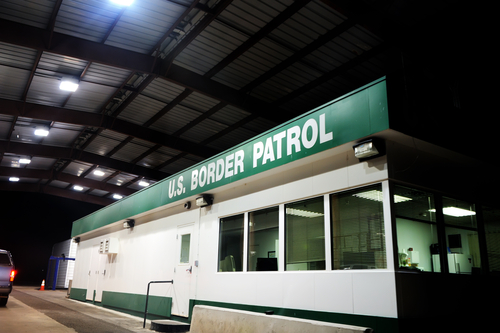 El Paso officials and local nonprofits are approaching a breaking point in the huge border city as federal immigration authorities release thousands of migrants. In the past several days, massive groups of migrants, including a significant force of Nicaraguans who crossed the border on Sunday, have been pouring into the Rio Grande. Approximately 1,700 migrants were released from U.S. Border Patrol facilities on Wednesday, according to statistics from the City of El Paso.

In the past several days, massive groups of migrants, including a significant force of Nicaraguans who crossed the border on Sunday, have been pouring into the Rio Grande.

It is unknown what precipitated the most recent influx of migrants, but officials assume the nearing expiration of Title 42 may have played a role. At the onset of the outbreak, the Trump administration employed the legislation for the first time at the border to prevent the majority of asylum seekers from entering the United States. Federal officials have warned that, at least initially, the program’s discontinuation might lead to a considerable increase in border crossings.

A federal court has ordered the Biden administration to cease the legal expulsion of migrants by December 21.

The Wall Street Journal reported this week that U.S. officials are contemplating expanding a program that creates a legal procedure for Venezuelan migrants seeking asylum to include Nicaraguans, Cubans, and Haitians in light of the current influx. Such a step would let migrants from these nations apply to travel to the U.S. from overseas, which might impede attempts to breach the Southern border.

El Paso Mayor Oscar Leeser and Mario D’Agostino, the city’s deputy city manager for public protection, stated that the city is preparing for another influx of migrants if Title 42 expires next week as expected. The federal government estimates that the number of migrants crossing El Paso might treble to around 5,000 per day.

“This is where the federal and state governments will need to assist us,” added the mayor. The mayor state that this exceeds the size of El Paso.

Several hundred migrants waited on the U.S. side of the Rio Grande on Wednesday morning, awaiting an opportunity to surrender to Border Patrol authorities, the first step in what is sure to be a lengthy legal procedure to petition for asylum. The refugees formed a single-file line, with many hiding behind blankets to protect themselves from the near-freezing cold. Since the weekend, this sight has occurred daily.

As a result of the rapid and ongoing influx, El Paso shelters are scrambling to find space for the unexpected government buses carrying dozens of individuals, according to charity workers. According to John Martin, assistant director of El Paso’s Opportunity Center for the Homeless, the situation is “chaotic.”

Mr. Martin explained that the Opportunity Center’s five shelters have traditionally catered to the city’s homeless population. Still, since August, they have also consistently sheltered migrants who have been released in the city. Wednesday, the group’s Welcome Center accommodated 129 individuals, most of whom were migrants.

Mr. Martin stated that the optimal capacity of the Welcome Center is 85. Approximately sixty percent of the guys staying in the adjacent men’s shelter on Wednesday were immigrants, even though the facility’s capacity is 100 to 120 people, he claimed.

Mr. Martin and members of his staff scrambled to locate room at other shelters and nearby churches on Wednesday afternoon after immigration authorities suddenly handed off a group of around 20 men at the already congested Welcome Center.

In the past several years, tens of thousands of migrants have been unleashed into El Paso. According to Mr. D’Agostino, 1,000 or more is the daily average, and these numbers cannot be maintained.

Since July, the city has spent around $9,500,000 on migrant management, according to Mr. D’Agostino. Federal authorities have compensated the city $2 million thus far, and the Federal Emergency Management Agency is slated to provide an additional $3.5 million.

El Paso city officials have asked the state of Texas for further assistance in managing transportation, housing, and security activities surrounding the city as thousands of migrants continue crossing the border and are released into the community.

Mayor Leeser has rejected to declare a state of emergency, despite demands from municipal officials and city council members. He told reporters on Thursday that such a declaration is not required to request state or federal aid, adding that the Biden administration agreed to provide the city an additional $6 million on Wednesday to support continuing expenditures. Mr. Leeser stated when they commit to money, that funding will be available.

Mr. D’Agostino stated that the state has not yet responded to the request for help. Approximately $4 billion has been spent on Gov. Greg Abbott’s Operation Lone Star, a state-led border-security initiative that includes attempts to apprehend border crossers found trespassing on state soil and deploy state National Guard personnel. The city of El Paso has declined to participate.

Other states have also adopted border security measures. Arizona has constructed barriers out of shipping containers. Wednesday, the Biden administration filed a lawsuit contesting the temporary barriers in Yuma and south of Tucson against the state of Arizona. The administration seeks a court injunction to halt new development and remove the containers. Arizona filed a lawsuit against the federal government when federal officials suggested that the Yuma barrier was unlawful.

While the majority of migrants are attempting to depart El Paso as soon as possible to join friends or relatives elsewhere in the United States, many remain trapped for at least a few days, waiting for space on outbound buses or planes. Mr. D’Agostino stated that the traffic backlog has contributed to citywide capacity difficulties.

City officials are already evaluating several strategies to manage the influx of migrants, including reopening an October-closed processing center and busing migrants to other towns where there may be more planes or buses.

Mr. Abbott, a Republican who has been one of the most strident opponents of the Biden administration’s management of the border, reinstituted commercial vehicle checks at international bridges in El Paso and other border crossings in response to the influx of migrants.

As a result of this week’s frigid or below-zero nighttime conditions, several refugees have spent the night outside, as shelters have been filled. Wednesday, migrants gathered outside of bus terminals covered in blankets given by the Red Cross and other charities. Hundreds more people have begun spending the night at the airport while awaiting planes in the morning.