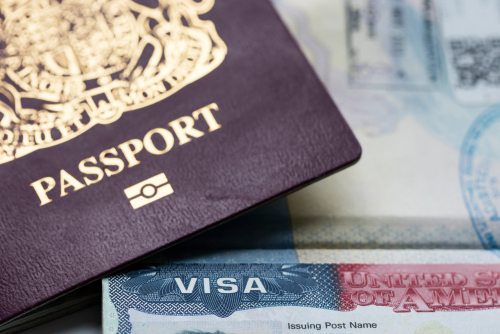 House immigration legislation that would have eliminated green card quotas based on country of origin was pulled from consideration Wednesday evening, handing a significant victory to hardline immigration opponents.

The EAGLE Act aims to eliminate the long-standing backlog by increasing the number of employment-based green cards available regardless of country of origin. The proposed law would raise family-based visa quotas from 7% to 15%.

In most cases, workers already in the United States on temporary visas apply for green cards based on their employment. Backlogs for these visas are longer for citizens of China and India since U.S. businesses sponsor so many people from those countries.

Amazon, Microsoft, and Intel, among others, had termed per-country caps “unfair” and blamed them for the backlog; thus, the legislation enjoyed bipartisan support in the House.

On behalf of their employees and their families, Amazon has stated that they are proud to support the EAGLE Act and will continue to advocate for commonsense immigration reform. Further, Amazon encouraged Congress to enact the #EAGLEAct, which would remove the unjust per-country immigration restrictions for employment-based green cards.

Immigration hardliners said the law would pave the way for an influx of applications from people of Indian and Chinese descent, which would be bad for the country. There were also concerns about the potential threat to national security posed by the Chinese government’s exploitation of the situation.

In addition, the law has received criticism from members of both major parties. The top Republicans had urged their members not to support the bill, and even some Democrats were against it.

Rep. Yvette Clarke, D-N.Y., told members of the Congressional Black Caucus that abolishing country limitations without a proportional increase in visas would result in a lack of immigration prospects for aspiring migrants outside these nations, mainly from African and Caribbean nations.

According to Clarke, the bill falls short of her expectations, and she cannot back initiatives that would keep the immigration system in the United States as it is now. She thinks the United States is capable of more.

Several votes were set for the lame-duck session before Republicans gain control of the House on January 3rd. Still, they were continually postponed due to a lack of Republican support and infighting within the Democratic caucus.

It was declared by Democratic leadership on Wednesday that the House would not be voting on the bill because the additional review had been postponed.

Those who advocate for less immigration welcomed the news with open arms. Support for such an ill-conceived and hazardous bill has waned among politicians in both parties, especially the GOP, which is good news according to the Federation for American Immigration Reform (FAIR), which has lobbied lawmakers on Capitol Hill aggressively against the idea.

FAIR’s director of government affairs, RJ Hauman, said in a statement that the organization is taking another step toward creating a cohesive party focused on halting the tremendous flood of illegal immigration and legal programs that have a terrible impact on American workers.

He went on to say that passing the EAGLE Act would hurt American workers, lead to less diverse immigration, and undermine key national security and economic interests.

Heritage Action’s vice president of government relations, Ryan Walker, hailed the bill’s defeat as a major win for the conservative grassroots community. Still, he cautioned that it was only the first step in addressing the national security threat posed by China.

Members of the Democratic Party and advocates for legal immigration have voiced their displeasure and urged party leaders to move through with a vote on the legislation.

The organization urged supporters of Immigration Voice to contact House Speaker Nancy Pelosi on Friday and request that the bill be returned to the floor for a vote.