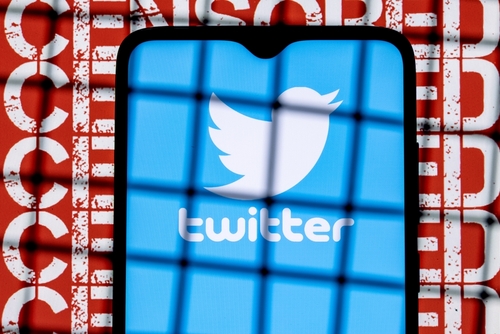 Jim Jordan requests that the FBI disclose all conversations with Twitter as an investigation into censorship heats up. On January 3, Republicans won control of the House. As chairman, Jordan will have the authority to subpoena the FBI for any evidence requested in the letter that the bureau does not voluntarily provide.

On Friday, Republican members of the House Judiciary Committee, led by incoming chairman Jim Jordan, demanded that FBI Director Christopher Wray turn over any and all records, communications, agreements, and payments made between the agency and Twitter, indicating aggressive investigations into social media censorship in the coming year.

Jordan’s office stated that the release of internal files by Elon Musk, the new owner of Twitter, had revealed an “ongoing surveillance operation” that exceeded FBI investigative authority and led to a coordinated misinformation campaign by Twitter and the FBI to suppress and censor free speech.

Jordan, R-Ohio, and Mike Johnson, R-Louisiana, stated in a letter of oversight to Wray that they were examining the politicization and mishandling by the FBI and  Big Tech’s online repression of conservatives. Recently disclosed evidence indicates that the FBI has worked closely with Twitter to censor or otherwise impact content on Twitter’s network.

These records demonstrate that the FBI maintained this contact with Twitter, regardless of any specific investigative requirement, as a permanent and continuous monitoring operation. They said that these findings reaffirm the FBI’s animosity towards the First Amendment.

The letter requests that Wray provide any interactions between the FBI and the social media behemoth beginning January 1, 2020, and identifies two dozen Twitter officials in whom the committee is particularly interested. The letter seeks all communications between or among FBI employees or contractors regarding content moderation on Twitter’s platform. Including documents and communications relating to content moderation on Twitter between FBI employees or contractors and employees or contractors of other Executive Branch agencies, including the Department of Justice, (DHS) Department of Homeland Security, and lastly, the Executive Office of the President.

Since January 1, 2016, any money transferred by the FBI to Twitter and any other social media business for ostensibly law enforcement objectives, including the dates, amounts, and explanations for each payment.

On January 3, Republicans will take control of the House. As chairman, Jordan will have the authority to subpoena the FBI for any evidence requested in the letter that the bureau does not voluntarily provide.

Jordan told Just the News earlier this week that he intends to conduct a comprehensive inquiry into FBI and Justice Department tactics, including censorship, surveillance of congressional investigators, the use of confidential informants, and the labeling of parents as domestic terrorists.

Recent findings, Jordan stated, illustrate how politicized the Justice Department has become and why they must uncover everything because the first step in halting it is to ensure that everyone is aware of exactly what occurred.

The FBI has admitted considerable and frequent communication with Twitter and other Big Tech firms but claims it has never directed any company to block information or take “active action.” Instead, it highlighted information so they may take whatever action they think necessary under their terms of service to defend their platform and consumers.

According to Jordan’s letter to Wray, such behavior and the FBI’s close collaboration with Big Tech harm the civil freedoms of Americans.