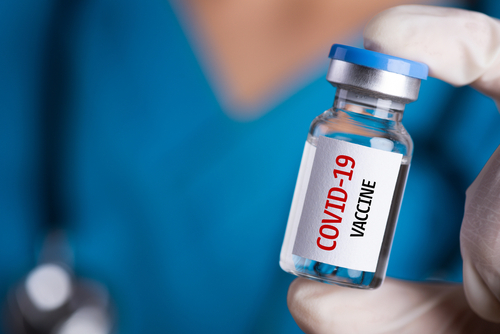 The Supreme Court of Florida will establish a grand jury at the request of Republican Governor Ron DeSantis to examine any malfeasance over the COVID-19 vaccinations, the court stated on Thursday.

The Republican governor, frequently mentioned as a potential presidential candidate in 2024, requested the investigation earlier this month. He stated that it would be designed partly to get more information from pharmaceutical firms on the vaccines and their possible negative effects.

Government panels evaluated the injections’ safety and efficacy before allowing them to be administered after vaccine research funded by pharmaceutical companies was published in peer-reviewed journals.

The governor of Florida, Ron DeSantis, has stated that there are good and sufficient reasons and that impaneling a statewide grand jury with jurisdiction throughout Florida is in the public interest. As part of the recent court order, a grand jury was appointed to investigate crimes, return indictments, make presentments, and perform all other functions associated with the listed offenses.

According to DeSantis’s request, pharmaceutical corporations have a financial incentive to foster the belief that having a coronavirus vaccination would prevent the virus from spreading.

In his original petition, DeSantis presented an example of probable criminal fraud: It is likely that individuals and corporations with a motivation to do so generated the false idea that getting COVID mRNA injections would prevent infection or the spread of the disease.

DeSantis observed that it is “hard to believe” that so many powerful people independently arrived at this conclusion.

In October, a Dutch member of the European Parliament disclosed that a Pfizer official admitted the corporation never knew whether or not the mRNA injections prevented transmission.

In the aftermath of the news, ‘fact checkers’ sought to defend Pfizer by asserting Pfizer was always explicit that it did not investigate whether the vaccinations lowered the risk of transmission among already-infected patients. However, the experiment demonstrated that the vaccinations lowered the initial risk of infection, reducing the likelihood of subsequent infection.

In April 2021, however, Pfizer CEO Albert Bourla declared that the Covid mRNA injections were “100% successful in avoiding COVID-19 instances.” This is false. Fraud is defined as the CEO of a Big Pharma business misrepresenting the benefits of a pharmaceutical product without conducting appropriate testing to justify the claims.

It is now a scientific truth that vaccinated individuals transmit the virus twice as frequently as those with natural immunity. This new data eliminates the legitimacy of asserting or indicating that vaccinations protect family or community members; nonetheless, state public health agencies continue to make this claim.

The grand jury will convene for twelve months.