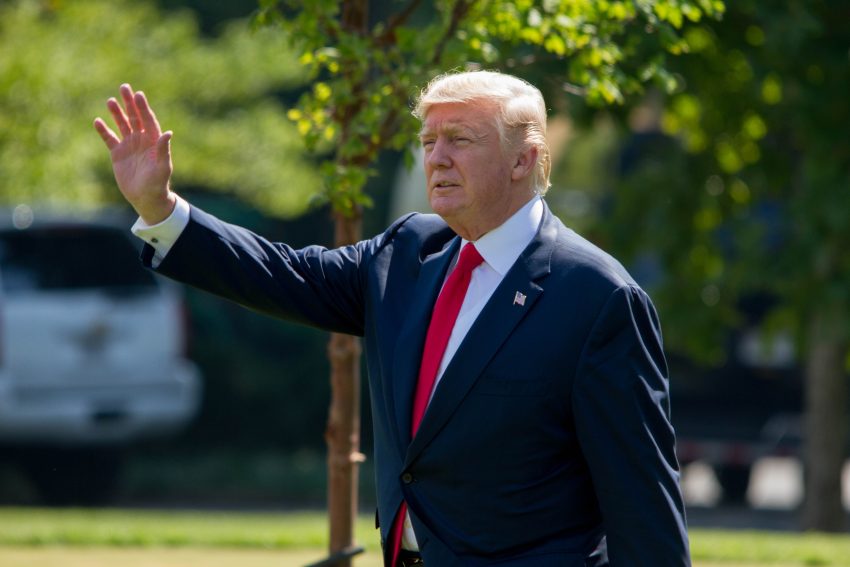 The former president has filed an amicus brief with the Supreme Court in support of Florida against a 2021 law that limits social media companies like Facebook and Twitter.

The brief, which was published on the Supreme Court’s website on Friday, encourages justices to hear Florida’s appeal of a verdict by the 11th U.S. Circuit Court of Appeals that barred portions of the legislation on First Amendment grounds. Additionally, sixteen states requested the Supreme Court to consider the issue last week.

The governor of Florida, Ron DeSantis, made it a priority to pass restrictions after Twitter and Facebook blocked Trump from their platforms following an attack on the Capitol on Jan. 6, 2021.

In September, the attorney general of Florida requested the Supreme Court to determine whether states had the authority to control how social media firms censor material on their platforms. The move takes one of the most contentious arguments of the internet era to the nation’s top Court.

At issue is the validity of state legislation in Florida and Texas that prohibit social media sites like Facebook, Twitter, and YouTube from censoring or restricting certain sorts of political expression. Federal appeals courts have delivered different opinions on the two comparable statutes, with the U.S. Court of Appeals for the 11th Circuit knocking down much of Florida’s legislation. However, the 5th Circuit U.S. Court of Appeals upheld Texas’.

In the appeal to the Supreme Court, Florida’s attorney general, Ashley Moody, stated that this irreconcilable division requires consideration by this Court. Specifically, the petition seeks the Court to establish whether the First Amendment precludes governments from compelling platforms to host communication they do not wish to allow, such as news articles or political posts deemed to violate the platform’s terms of service.

The petition establishes the most rigorous test to date of claims that Silicon Valley corporations are illegally restricting conservative ideas. This concept gained traction on the right when major social media platforms banned Donald Trump in January 2021. In the event the Supreme Court decides to hear the case, its ruling might have far-reaching implications for the future of democracy and elections, as tech corporations play an increasingly important role in the dissemination of political news and discourse.

In Trump’s amicus brief, his attorneys argued there was no First Amendment violation and compared social media platforms to “common carriers” like railroads. The attorneys stated that common carriers could not discriminate unjustly against customers.

Florida’s legislation, promoted by DeSantis, is an attempt to guarantee that platforms disclose their censorship practices and uniformly enforce them.

NetChoice and the Computer & Communications Industry Association challenged the bill’s legality in 2021, prompting U.S. District Judge Robert Hinkle of Tallahassee to grant a preliminary injunction halting the act. Hinkle regarded the law as lacking in clarity and specificity.

In May, the 11th U.S. Circuit Court of Appeals in Atlanta affirmed a substantial portion of a preliminary injunction, prompting Florida to petition to have the matter heard before the U.S. Supreme Court.

The industry associations have previously stated that they want the Supreme Court to hear the case. In part because of the Fifth Circuit Court of Appeals, which decided in favor of a similar Texas statute. The two widely different decision on the same type of legislation has caused confusion for all parties.