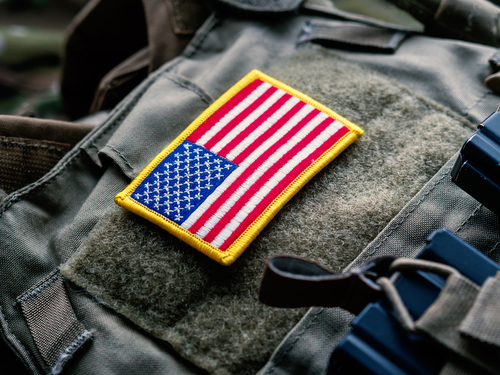 A gadget used by the U.S. military to capture and preserve information on military personnel, Afghanis who collaborated with the U.S. military and terrorists, surfaced on eBay, an online auction site, and was sold for $68.

According to The New York Times, in August, Marx and his crew obtained the Secure Electronic Enrollment Kit, or SEEK II, on eBay. After receiving the devices, the researchers learned that biometric devices had fallen into the hands of the Taliban following the U.S. military’s withdrawal from Afghanistan last year. The researchers wished to examine the equipment to determine the potential risk faced by Afghans who worked for the U.S. military during its 20-year occupation.

Besides the SEEK II, Marx and his crew obtained five more biometric devices from eBay. On another, they claimed to have discovered sensitive, identifiable information about U.S. personnel. This gadget was last used in Jordan in 2013.

Marx told the Times that the careless management of this high-risk technology is shocking. According to Marx, it is inconceivable that the manufacturer and former military users are indifferent to the internet sale of old gadgets that still have sensitive information stored on them.

Marx permitted the Times to access the stored material on the SEEK II. It comprised the unencrypted identifying information of around 2,632 individuals, including retinal scans and fingerprints. The Times reports that the weapon was last deployed in Afghanistan a decade ago. Marx said it was alarming that they did not attempt to preserve the data and either disregarded the risk or did not care about it.

The U.S. military could not confirm the purported information stored on the biometric scanner. Because the military has not analyzed the material on the devices, the department cannot validate the integrity of the reported data or otherwise comment on it, said Brig. Gen. Patrick S. Ryder, press secretary for the Defense Department. The department also demands the return of devices suspected of containing personally identifiable information for further investigation.

On August 30, 2021, the United States evacuated its soldiers from Afghanistan, concluding a twenty-year occupation of the nation. The departure was chaotic, violent, and detrimental to the military and intelligence infrastructure of the United States. Hundreds of Americans, thousands of Afghan allies of the U.S. military, and equipment worth millions of dollars were left behind.

The United States also lost thirteen personnel in a terrorist attack on Kabul’s Hamid Karzai International Airport, the last headquarters of the U.S. retreat as the Taliban swept through and captured the country behind the fleeing Americans. In an attempt to counterattack a suspected terrorist, the United States accidentally attacked an Afghan relief worker, resulting in the deaths of 10 civilians, including seven children.

General Frank McKenzie, director of U.S. Central Command, said this action was conducted with the sincere assumption that it would avoid an immediate threat to airport forces. The inquiry has finally determined that the hit was an unfortunate error.

The gadgets left behind might enable the Taliban to easily monitor and identify thousands of Afghans who aided the U.S. forces and were left behind after the pullout.

A U.S. military contractor told The Intercept in August 2021 that they had to identify thousands of locals daily, search for suicide vests and weapons, collect intelligence, etc. Handheld Interagency Identity Detection Equipment, or HIIDE, was utilized as a biometric identification tool to identify coalition employees.