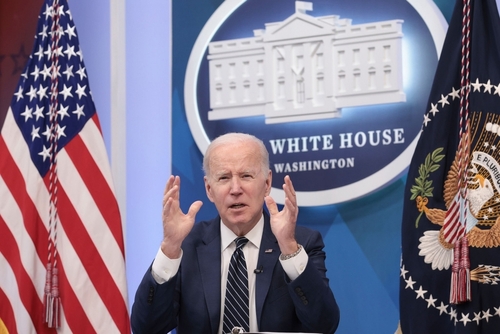 Several tax increases were included in the Democratic Party’s “Inflation Reduction Act” enacted in 2022 and are due to go into effect on January 1, 2023. Mike Palicz of Americans for Tax Reform has prepared a list of them, along with his analysis of their impact.

Homeowners’ Energy Costs Will Rise Due to a $6.5 Billion Tax on Natural Gas.

Do you feel like you’re paying too much for your energy expenses at home now? You won’t know how bad it is until the Inflation Reduction Act’s three primary energy taxes begin taking a bite out of your bank account. The first is imposing a tax on oil and gas exploration in the United States that is unfairly distributed. Energy bills for homes will increase as a result of the levy. Taxes are expected to increase by $6.5 billion under the natural gas tax, according to the Congressional Budget Office.

And, of course, this increase in taxes goes against Biden’s promise not to raise taxes for households with annual incomes of less than $400,000. The American Gas Association estimates that the methane tax will boost a typical family’s natural gas bill by 17 percent.

A $12 billion crude oil tax will drive up prices for consumers.

The next step is to impose a 16-cent/barrel tax for crude oil and imported petroleum products, which will be passed on to consumers. Senior officials in President Biden’s administration have recognized on many occasions that taxes that increase consumers’ energy costs directly breach his $400,000 tax commitment.

Democrats have tied their oil tax rise to inflation as if things weren’t awful enough as they are. Taxes will go up in tandem with inflation.

A coal tax of $1.2 billion; will drive up home power costs.

The $74 Billion Stock Tax That Will Devastate Your Retirement Fund.

Democrats have proposed a new federal excise tax on stock buybacks by American citizens. Any person with a pension, 401(k), or IRA will see their retirement savings diminished if taxes are raised and stock buybacks are limited. Union pension funds would also be affected.

Contributions to retirement funds might increase as a result of stock buybacks. Five-eighths of Americans are stockholders, and more than 60 million employees have money in a 401(k) plan, so raising taxes and limiting buybacks would hurt them (k). The number of Americans who have money in a 529 college savings plan rises to 14.83 million.

According to the Tax Foundation, $3 trillion, or 37%, of the total $22.8 trillion in outstanding U.S. corporation stock is held in retirement accounts.

It’s possible that a tax on buybacks would discourage corporations from engaging in them, and consumers would bear the brunt of the U.S. companies’ high compliance expenses.

Increasing the corporate income tax rate by $225 billion, the majority of which will be passed on to individuals.

According to Americans for Tax Reform, the corporate alternative minimum tax of 15% applied to American companies with three consecutive years of earnings over $1 billion would increase prices, reduce jobs, and lower consumer wages.

According to a study published by the Tax Foundation in December, the loss of 27,000 jobs and 0.1 percentage point of GDP would result from a 15 percent book tax.

Congressional Budget Office preliminary cost estimates revealed the proposal would boost taxes by more than $225 billion. JCT estimates that the manufacturing sector would pay 49.7 percent of the levy, which would hit when the sector is already experiencing difficulties due to interruptions in the supply chain.

Which sector do you think will be hit the hardest? The Tax Foundation reports that the coal industry suffers the highest burden of the book minimum tax, with a net tax hike of 7.2% of its pretax book revenue, with the automotive and trucking industries coming in a distant second at a 5.1% increase.