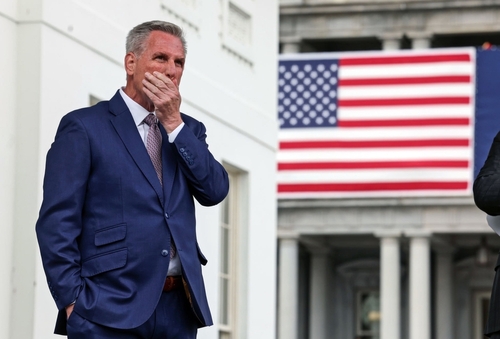 On Friday, Mr. McCarthy discussed his plans for the House as Speaker on “Jesse Watters Primetime.” The special guest Host was Sean Duffy. Mr. Duffy mentioned that the voters didn’t give Republicans control of the Senate in the most recent midterms, but they did hand the House of Representatives to the Republican Party. Mr. Duffy asked Mr. McCarthy the following questions:

Mr. McCarthy said it was a wonderful inquiry, but the first thing that has to be done is choosing a Speaker. It’s impossible to move forward until the Speaker is elected, he remarked. Mr. McCarthy went on to say that the White House is actively pushing back on probes launched by Republicans James Comer and Jim Jordan. Mr. McCarthy said that having a House Speaker would address some of those issues.

Mr. McCarthy said, “Then, on the very first day, the first thing we’re going to do” will be to cancel the 87,000 IRS agents. Mr. McCarthy stated that it was another reason the Democrats were mad at him. Mr. McCarthy shared his belief that the government is here to serve people, not to go after them. Mr. McCarthy added that they would also secure the border. With millions of people crossing and fentanyl murdering children, the border must be protected.

Getting our economy back on track is another top priority. The U.S. has to become self-sufficient in terms of energy production. Having this government answer to its people is essential. The origins of COVID need to be known. Mr. McCarthy also wants to know what the Biden family has done. See to it that the FBI is not targeting innocent Americans but criminals. According to Mr. McCarthy, there is a lot of work to do, and it needs to get started as soon as possible.

Mr. McCarthy has offered a rule change that would allow any member to bring up the matter of removing him from the post if his performance is not satisfactory; there are still five staunch holdouts who are not on his side. That might be the deciding factor in whether or not he becomes Speaker, and it could create enough chaos for a Democrat to eventually take the gavel.

Mr. McCarthy has been irritated by the “Never Kevin” campaign. Members include Arizona’s Andy Biggs, Florida’s Matt Gaetz, Virginia’s Bob Good, Montana’s Matt Rosendale, and South Carolina’s Ralph Norman (all Republicans). Even if former President Trump backs Mr. McCarthy for Speaker, he may never get the gavel if he cannot win over this group.

With the future of conservatives and their agenda in the balance, next week will be action-packed in the House.