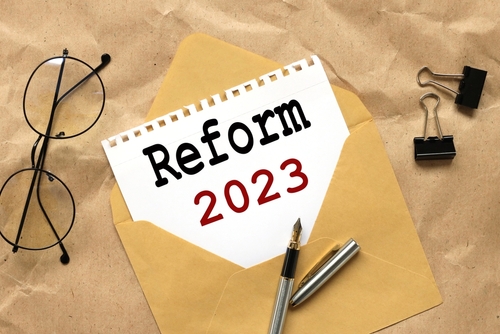 One of the most significant reforms in House rules achieved by conservative Republicans (known as Never Kevins) last week was the promise that Republicans would not raise the debt ceiling until substantial budget reforms and spending cuts were achieved.

The necessity of such a regulation is self-evident. In just two years, the debt increased by about $4 trillion. Last year, government borrowing reached 13 digits, or $1.4 trillion. Without fiscal improvements, the debt could easily increase by $10 trillion over the next decade. Don’t forget that each one-percentage-point increase in interest rates by the Federal Reserve will increase the debt by well over a trillion dollars over the next decade.

Therefore, individuals worried about our national debt should appreciate this pledge.

President Joe Biden, Senate Majority Leader Chuck Schumer, and the whole Washington special interest group are raising the cry that economic Armageddon is imminent if the debt ceiling expires. Earlier, The New York Times stated that a breach of the debt ceiling would result in the United States first-ever default, causing a financial catastrophe in the global economy. It would also require American officials to choose between providing aid such as Social Security payments and paying the country’s debt interest.

This is illogical reasoning. Failure to approve a debt ceiling does not threaten the nation’s credit status on the global capital markets. The greater risk is that Congress will increase the debt ceiling without reforming how it drastically overspends.

Inflation has reached a 40-year high, costing the average American household about $4,000 in a loss of actual take-home income due to reckless government spending and debt during the previous year.

The government’s penchant for red ink is not the result of limited tax revenue. This week, the Congressional Budget Office estimated that the United States government collected a record $4.9 trillion from Americans in 2022. As a percentage of our GDP, this was a near-record high.

Biden and the Democrats in Congress have stated that they desire a “clean” debt ceiling bill, free of stipulations. The Republican response should be “no deal.” The record of the previous 40 years demonstrates conclusively that the only time fiscal conservatives have gained significant expenditure reform concessions from Democrats as a condition for lifting the debt ceiling was when the debt ceiling was raised in 1974.

In 1985, as part of the debt package, the Gramm-Rudman deficit limitations were adopted, putting congressional spending on a diet. On the eve of a vote on the debt ceiling in 1996, congressional Republicans and the Democratic president reached a historic budget agreement. Three years later, the budget was balanced for three consecutive years, the only occasion in the previous fifty years in which there was no deficit.

Then, in 2011, House Republicans exploited the debt-ceiling vote to obtain President Barack Obama’s support for the Budget Control Act, which contained automatic spending cutbacks and substantially reduced the deficit.

If we are to make any headway in addressing the debt issue, House Speaker Kevin McCarthy must use the vote on the debt ceiling as leverage to win expenditure cuts and reforms.

The inside-the-Beltway brigade slams this as terribly reckless and as keeping the nation, hostage. Wait. If a business owner is millions of dollars in debt and applies to a bank for a loan or credit card extension, the bank will ask, “What is your strategy for getting out of debt?” The owner will be kicked out with no loan or credit card extension if there is no plan.

Everyone hopes it will not come to this, but if obstinate Democrats refuse to bend and the debt ceiling is not increased on time, this does not result in a default on the debt. Instead, it precludes Congress from borrowing additional funds immediately. It may continue to spend the daily tax revenue received by the Treasury, but no more. The Republican Party is working on a contingency plan that prioritizes paying debts and issuing Social Security benefits. However, other low-priority programs, such as the Department of Education, foreign aid, and energy programs, will be suspended until an agreement is reached.

There is no default unless President Biden’s Treasury Department permits one. Republicans in the House may argue that practically all of the rise in the national debt over the previous two years is the result of Biden and congressional Democrats running up the debt by spending $4 trillion we don’t have – with few or no Republican votes. The Democrats are responsible for this debt growth.

In raising the debt ceiling without any concessions from Democrats, Republicans would support Biden’s big-government socialism agenda. And that would be America’s worst financial disaster.