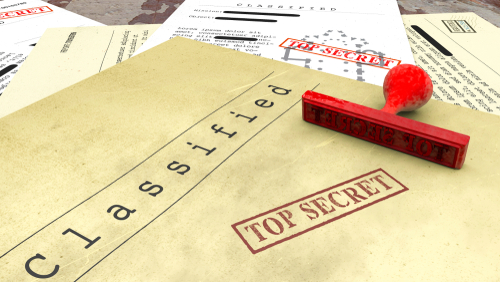 On Sunday, Rep. Byron Donalds claimed that the fact that classified materials were located in President Joe Biden’s house and former think tank office, including in a search this weekend by the FBI, is sufficient to accuse him of violations of the Espionage Act, regardless of intent.

The Florida Republican has told reporters that it was always clear that a former Vice President, or anyone else, could not take sensitive documents.

However, former Presidents like Donald Trump are different since they can declassify and classify information due to their position as head of the executive branch.

Donalds claimed that it is common knowledge that previous Presidents have taken documents. The National Archives was aware of it, which has happened repeatedly regardless of who has occupied the White House.

However, Biden’s circumstances are unique.

He compared the situation to that of Hillary Clinton, saying that both include violations of the Espionage Act due to the theft of confidential documents. The intent is irrelevant to what was intended or done with the documents.

He gave the example of a severe problem that would arise if a military member or other non-elite politician removed sensitive information from a safe location.

According to Donalds, the American people need to understand that this is not simply about what was found behind Biden’s Corvette but rather about when the documents were removed.

Donalds claimed that the Espionage Act would apply to whatever documents Biden took out of the White House before taking the Oath of Office to become President of the United States.

According to the National Constitution Center, the Espionage Act was referenced in the warrant used by the Justice Department to conduct the raid on Trump’s Mar-a-Lago estate. Specifically, the warrant cited Section 793 of the act, which deals with collecting, transmitting, or losing national defense information.

Biden’s lawyers reported and turned over the documents, and the FBI conducted their only search of his property on Friday. The FBI searched Biden’s home in Delaware without a warrant, unlike Trump’s home in Florida, because the President freely consented to the investigation.

Biden’s lawyers had previously searched his Rehoboth Beach home and reported finding no government records or confidential information. It remains to be seen whether additional searches by federal officials of other locations will be conducted.

According to Biden’s attorney Bob Bauer, the FBI asked the White House not to comment on the search before it was conducted, and both Biden’s personal and White House counsel was there.

He also said that the FBI had free reign over the President’s residence, which included decades’ worth of handwritten notes, files, documents, binders, souvenirs, to-do lists, timetables, and reminders.

From 1973 through 2009, Biden served in the Senate, and generally, classified documents are to be declassified after a maximum of 25 years. But some records are of such value they remain classified for far longer, though specific exceptions must be granted.