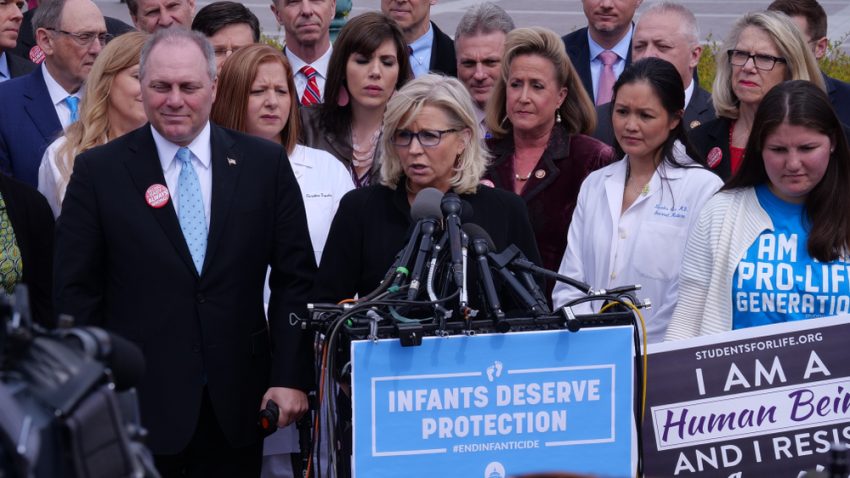 Trump’s backing gave Harriet Hageman a strong boost in the state, where he won by the widest margin during his 2020 campaign, so the third-term Congresswoman and her allies entered today downbeat. She was already looking toward a political future beyond Capitol Hill that could include a run for the presidency in 2024, potentially putting her on a collision course with Trump once more.

At a gathering of supporters, Cheney’s father, former Vice President Dick Cheney, spoke at a field bordered by mountains and bales of hay as she described her loss as a new beginning. Cheney said, “Our work is far from over,”

GOP’s rapid shift to the right was evident in the results. A formerly national security-oriented, business-friendly party now belongs to Trump.

His statements about election fraud, which federal and state election officials have roundly rejected along with Trump’s own attorney general and judges he appointed, transformed Cheney from an occasional critic of the former president to the clearest voice inside the GOP warning that he represents a threat to democratic norms.

Two years ago, Cheney’s defeat would have been unimaginable. Liz Cheney comes from a prominent political family in Wyoming, the daughter of a former vice president. In Washington, she was the No. 3 House Republican, an influential voice in Republican politics and policy.

As a result of the Jan. 6, 2021, attack on the U.S. Capitol carried out by a mob of Trump supporters, Cheney voted to impeach Trump and set out to ensure he would never again hold the office. Despite GOP censure and death threats, she served as a leader on the congressional panel investigating Trump’s involvement in the insurrection.

By the end of January, Cheney will be forced to resign from Congress, and her departure from Capitol Hill is not expected to be quiet. Until the end of the year, she will continue to lead the congressional panel investigating the Jan. 6 attack. She is also actively considering a presidential run in 2024, whether as a Republican or independent, and has vowed to fight Trump’s influence within her party.

It has been a one-sided battle so far. Ahead of the November midterm elections, Tuesday’s primary contests in Wyoming and Alaska demonstrated Trump’s enduring strength. He has helped install loyalists who support his theories from Pennsylvania to Arizona. Hageman, a ranching industry attorney, echoing Trump, said that the 2020 election was “rigged.”

As a result of Cheney’s loss, Republicans who voted to impeach Trump are becoming extinct.

Trump’s impeachment was backed by seven Republican senators and 10 Republican House members after his supporters stormed the U.S. Capitol when Congress attempted to certify Biden’s victory. So far this year, only two of those 10 House members have won their primaries, and Murkowski remains the only such Senate Republican this year after two other senators retired.

6 thoughts on “Another Trump Foe Gone”