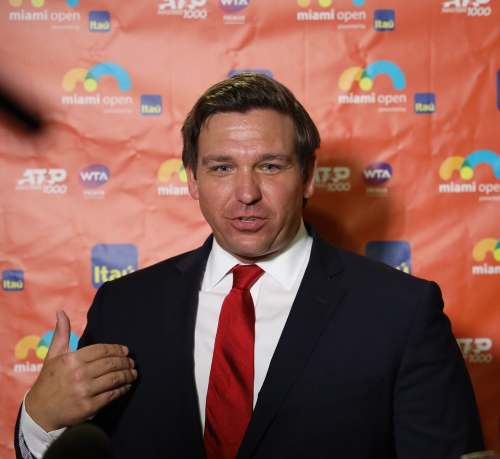 Rep. Charlie Crist, D-Florida, criticized DeSantis voters on Wednesday, and Florida Gov. Ron DeSantis hit back. As Crist won the Democratic gubernatorial nomination Tuesday, he told supporters he would not seek votes from DeSantis supporters. This is despite the fact that he would literally need a miracle to win against Ron DeSantis.

At a press conference held in St. Petersburg, Florida, on Tuesday, he referred to DeSantis as “Anti-Freedom Ron,” adding that DeSantis doesn’t respect the freedom of African-Americans. Additionally, Crist said those who support the governor should stay with him and vote for him, and he does not want their vote. He also said if you have that hate in your heart, keep it there. Announcing his stance as a candidate who supports abortion rights, he called DeSantis a “bully” and “dangerous.”

DeSantis called Crist’s criticism of Florida voters “contemptible” and called Crist, a United States Representative, a “chameleon” in politics.
Crist’s political career began as a Republican, but he left it after losing the 2010 Senate primary to Marco Rubio. In a three-way race, Crist lost to Rubio as an independent. After joining the Democratic Party in 2012, Crist ran for governor in 2014 but lost to Rick Scott. Crist won a congressional election in 2016 as a Democrat.

DeSantis slammed Biden, stating he was the worst President of his lifetime. In regards to Crist, he added that we cannot let this state become a subsidiary of the Biden regime, DeSantis said. DeSantis’s campaign ads have already started basically saying that Crist would do to Florida what Biden has done to America.

According to DeSantis, Crist opposed every decision he made to keep the state open, preserve people’s rights, protect their rights, keep jobs, keep kids in school, and preserve businesses.

He is running for office for the fifth time. He’s a typical career politician, DeSantis told Tucker Carlson. DeSantis said that people support him because he keeps the state open and protects their jobs, and Charlie Crist wanted it closed down. That’s not hating in their hearts; they’re thankful to have a governor to stand up for them.

According to DeSantis, throughout the state, parents supported him because he made sure schools were open, and the state ensured that students got an education, not an indoctrination. Their hearts aren’t full of hate; they’re just grateful they have a governor who stands up for them, he repeated.

DeSantis said that Crist should not be casting stones. According to Crist, Florida should be unified. Does he want a Florida for everyone? Then you condemn most people in the state of Florida? “Give me a break,” DeSantis stated.

21 thoughts on “DeSantis hits Back at Crist”