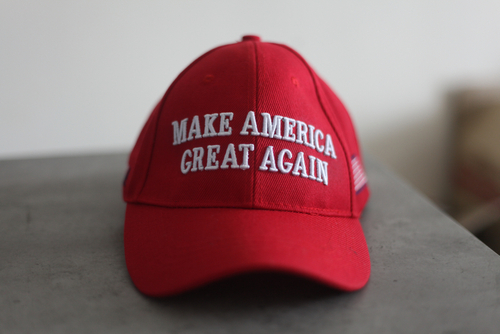 According to Biden, MAGA is an extreme threat to the nation. In fact, it is so extreme that he will use prime time tv on Thursday to address the issue. The timing, of course, is the mid-term elections in November. This is the same President that ran on a platform about uniting the country. The same President said he was reducing the deficit with the Inflation Reduction Act only to turn around and increase the deficit the next month. The same President who uses a 2003 law and a national emergency (Covid-19) to justify student loan forgiveness.

Governor DeSantis (R-FL) is not the only one trying to figure out how getting a Ph.D. five or more years ago has anything to do with Covid. Biden has, in turn, been breaching the American trust he claims he is trying to establish. He has pushed his party agenda and failed to realize that the government is not listening to what half the country is trying to say.

Instead, on Thursday, Biden will travel to Philadelphia to give a speech the White House is dubbing “The Soul of the Nation.” As press secretary for the White House, Karine Jean-Pierre has said, the President thinks there is an extremist threat to our democracy, and the President has been as clear as he can be on that particular piece. He believes that the MAGA Republicans are the most energized part of the Republican Party when it comes to our democracy and our freedoms, she said.

“The Soul of the Nation” is being billed as a major address just over two months before the midterm elections, where Biden will discuss the nation’s standing in the world and its democracy. He considers that both are at stake.

It is only two months until the midterm elections; the White House believes certain Republicans may pose a significant threat if they win majorities, hence the decision to deliver Thursday’s speech in prime time. Recently, Biden has become more assertive in his criticism of “MAGA Republicans.” At a political rally last week in Maryland, Biden compared the movement to “semi-fascism.”  Biden has increasingly sought to portray the November elections as a choice between “ultra-MAGA Republicans” and Democrats. Last week, he told supporters they had to vote to save democracy again.

Biden said to MAGA Republicans if you support Law Enforcement, why don’t you condemn what happened on January 6, his reference to the capitol riots. The Biden administration is currently attempting to accuse MAGA Republicans of taking away the Rights of the American people. Biden pointed to the push from some in the GOP for a national law restricting abortion following the Supreme Court overturn of Roe v. Wade earlier this summer. Perhaps Biden missed that Roe v. Wade was struck down on his watch, not Trump’s.

As a countermove, House Minority Leader Kevin McCarthy (R-Calif.) will give his own speech before Biden’s. He will discuss rising crime, record inflation, and other hardships the Democrats have brought on from Scranton, Pa., Biden’s hometown.

10 thoughts on “MAGA  an Extreme Threat”