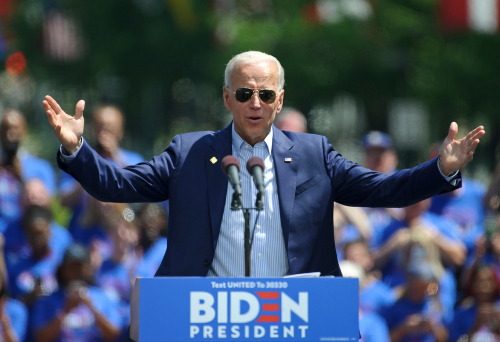 The Biden administration and Republican opponents of broad student debt forgiveness face a judicial clash weeks before the November midterms.

GOP state attorneys general, conservative groups, and federal politicians are setting the framework to fight President Biden’s unilateral order to cancel up to $20,000 of federal student loan debt. Plaintiffs can’t sue until the government releases an application for loan forgiveness or wipes away the first batch of borrowers.

The Education Department will provide an application for borrowers to register their income and Pell Grant status in early October. The government might then eliminate the debt of approximately 8 million debtors whose income data is accessible. Legal experts believe that when Republican legal challenges begin, a federal court may freeze the administration’s plan within days.

This may put tens of millions of prospective voters into financial turmoil weeks before Election Day on Nov. 8 and test student debt’s political effectiveness.

Democrats think a court battle weeks before the midterms might drive Americans to back their party and safeguard the program. Republicans believe many people reject the debt plan, and even among its backers, the tactic might backfire if a court stops the program, leaving voters feeling Mr. Biden’s move was an empty promise.

Republican Sen. Richard Burr, chairman of the Senate Health and Education committee, said the administration lacks power. He argued the government set up a high-profile political and legal fight before the election for political gain. He believes that’s why it was announced.

The administration argues it has the legal ability to pursue widespread debt cancellation under emergency powers established during the pandemic.

Education Secretary Miguel Cardona told reporters earlier this month, We’re acting on our power and think we have the right and obligation to make sure Americans aren’t worse off after the pandemic than before.

Democratic debt-cancellation proponents admit a legal challenge may prevail, especially before a conservative Supreme Court. Some politicians fear a legal setback may further galvanize Democratic voters after the Court’s decision to overturn Roe vs. Wade, allowing for abortion bans.

Sen. Elizabeth Warren  (D., Mass.)that with an extreme Supreme Court and Trump nominees, the rule of law no longer guides every view. She further added that, like abortion, Republicans take their case to Court because they can’t win with the people.

Mr. Biden opted to eliminate some debt for borrowers making less than $125,000 a year after more than a year of internal discussion. He announced the scheme last month. Along with eliminating a lump sum of debt, the Education Department is working on a rule to overhaul income-driven repayment schemes, guaranteeing that registered borrowers only pay 5% of their monthly discretionary income to be current on their loans.

Republicans say debt cancellation is an unjust wealth transfer from taxpayers to educated borrowers who took out government loans.

Attorneys for the Biden administration say the Higher Education Relief Opportunities for Students Act gives the education secretary broad discretion to cancel student loans due to the Covid-19 outbreak.

The 2003 federal act known as the HEROES Act enables the Secretary of the Education Department the power to waive or amend federal student-loan conditions during war or a national disaster. In legal memoranda, the government argues that the pandemic is a national emergency that makes it harder for students to repay their loans. Republican critics of the program and legal specialists disagree that Congress authorized the executive branch with broad authority to revoke loans.

Under the Constitution’s standing requirements, the plaintiffs must establish substantial damage from the administration’s acts, and no plaintiff has shown such direct injury.

If a judge rules that Biden’s behavior was unlawful, it “would create quite a mess,”  Sen John Kennedy (R., LA) warned.

State attorneys have considered legal action based on the debt forgiveness program’s impact on public university enrollment and tuition-discounted employee recruiting initiatives. Another concern is whether courts would return debts once they are legally forgiven.

Mr. Brnovich, the Arizona attorney general, said that taking back relief already credited to borrowers’ accounts would be difficult. That litigation would focus on avoiding cancellation or stopping it as swiftly as possible if it started. Once the money is gone, it’s gone, Mr. Brnovich added.