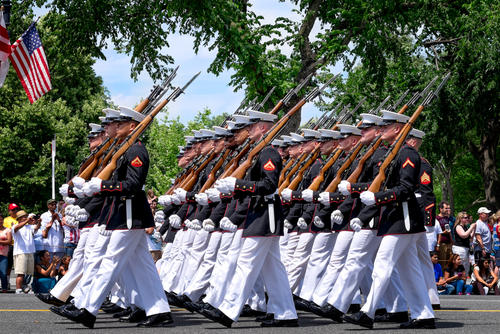 Mike Pompeo, the former secretary of state, claims his new job is to fight “a woke military.” Pompeo graduated from West Point and served as an Army officer in Germany during the Cold War. Now he’s waging a campaign against what he terms “woke policies” by the Biden administration, which is aimed at the armed services.

The campaign, which consists of a new website and two advertisements released by CAVPAC, a political action committee established by Pompeo last year, was shared with Fox News.

It is the men and women who serve in the U.S. military that ensure the safety of the country and its citizens. They must never have their education compromised by anyone with left-leaning political agendas. This is important. Today’s military is too woke to be effective, Pompeo stated. Pompeo served as a CIA director and a top diplomat under former President Trump.

Pompeo believes that this was, unfortunately, President Biden doing. That Biden is pushing woke and weak ideas on our troops, and it is essential that we utilize all necessary measures to prevent wokeness within our military forces from spreading.

Veterans and active-duty service members can “shed a light on Biden’s woke policies” using the website, which can be accessed at TroopsSpeakOut.com.

Ever since the Biden administration began, conservative lawmakers, journalists, and opinion leaders on the right have raged against what they see as excessive political correctness on the part of U.S. military personnel. Officers at the highest levels of the Pentagon have responded strongly to claims that the military is becoming too progressive, calling those claims “offensive.”

In his advertisement, Pompeo claims that our military is now under attack from the extreme left. If you’re a young kid sitting in a foxhole, you don’t give a crap about “political correctness.”  When our country prioritizes the wrong things, it makes life far more dangerous for the American people. We’ll be using the correct pronouns, but we won’t have the resources to ensure the safety of our nation. In essence, our correctness is making us weaker.

Pompeo claims that he can guarantee you that there is not a single Russian general, not a single Iranian commander, and not a single Chinese Communist Party admiral who is spending even a single second worrying about gender or woke ideology, or climate change. Plans to murder Americans are being formulated, and the battle has officially begun. We must break with the extreme leftist mentality that has led us astray, and our armed forces must not be compromised.

A Pompeo aide said the Fox News contributor’s new advertisements would appear in the first three states where the GOP presidential nomination elections (Iowa, New Hampshire, and South Carolina) and in the nation’s capital.

During a high-profile appearance in New Hampshire earlier this month, Pompeo told Fox News he couldn’t say for certain if he plans to enter the presidential election and run for office. But he is taking the steps necessary to prepare for such an announcement and to continue to have meaningful conversations with the American people about the issues that many think are important.