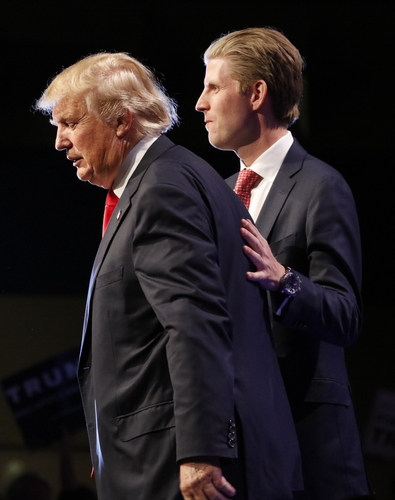 The former president claims that a simple disclaimer protects him from fraud. Could he be correct? Trump’s net worth declarations begin with disclaimers, warning lenders to “Check my math.”

The net-worth statements were made public last week as part of New York Attorney General Letitia James’ fraud case against Trump. According to Trump, the disclaimers free him of culpability, and the AG has “no case.”

Under the chandeliers of Mar-a-Lago’s grand ballroom, Donald Trump stooped forward in his gold-painted, spindle-backed chair. He informed Sean Hannity why New York’s attorney general, who had sued him earlier that day, had “no case.”

“We have a disclaimer,” Trump said to Fox News host/

“Right on the front,” it advises getting your own people. Adding that you are at your own peril, and “it may be way off.”

Trump was referring to the disclaimer on the second and third pages of his annual net worth declarations. These 20-page “Statements of Financial Condition” are at the heart of Attorney General Letitia James’ massive lawsuit against the former president, his three oldest children, and his real estate and golf resort empire.

These representations, according to James, are “fraudulent,” with massively overstated math — unrealistic statistics that have fooled banks into financing Trump and the New York-incorporated Trump Organization hundreds of millions of dollars over the last decade.

But, according to Trump, none of it matters since each Statement of Financial Condition begins with a warning.

” Be careful,” Trump warned Hannity, echoing the disclaimers. Because it “may not ” be correct, and it might be “way off.”  He advises getting your own people and lawyers and not relying on them.

Armen Morian, a former financial crimes prosecutor who worked for the AG’s office from 2006 to 2019 before launching Morian Law, believes Trump is correct.

Sure, the yearly Statements of Financial Condition are chock-full of whoppers, including all those years — from 2012 to 2016 — when they quadrupled the actual square footage of Trump’s triplex atop Manhattan’s Trump Tower, boosting the former president’s net worth by up to $200 million every year.

In Morian’s view, the warnings are meant to remind banks to double-check the data before lending and setting interest rates based on it. If the banks gave Trump a favorable deal despite the warning — as Deutsche Bank did year after year, pouring hundreds of millions of dollars into his Miami golf club, his Chicago tower, and the Old Post Office in DC. They did it with their eyes wide open, he added.

“What the disclaimers are saying is ‘Beware ” when reading these financial accounts, Morian explained after a decade’s worth of the documents were made public in court filings last week.

“That’s all it has to do,” he said of their disclaimers posted to the front of each year’s statement by Trump’s longtime accountants Mazars USA.

According to Morian, these are “strong” disclaimers and are not disguised in fine type. They specifically state that they have not audited or evaluated the attached financial statement.   This statement is in their introductory paragraphs and uses boilerplate wording that has been used for years.

As a result, Mazars’ accountants do not offer an opinion or provide any guarantee regarding whether the financial statement is in line with widely accepted accounting standards in the United States of America.”

Deutsche Bank, in particular — the Trump Organization’s and Donald Trump’s largest single lender over the previous ten years — is a “sophisticated counterparty,” according to Morian.

They were well aware of Trump’s reputation for puffery in an industry rife with it – real estate. All of that effectively provides the disclaimer an absolute defense, Morian explained.

Is it permissible to exaggerate? To lie?

So a company may mislead about its worth? And get away with it by stating, as Trump said, It may not be factual. “It may be a long way off?”

There’s something unsatisfactory about that, Morian said.

However, he finds it difficult to remove his hat as a lawyer. This is a legal question based on facts and the law. That’s the game we’re in, and it’s the game the attorney general is in. ” It’s shocking” that they brought this lawsuit, remarked Morian.

But not everyone agrees, including the former president’s fixer-turned-critic Michael Cohen, who gave up Trump’s Statements of Financial Condition from 2011 to 2013 as part of his 2019 congressional testimony. After three years of investigation, the attorney general was not going to file a 200-plus page complaint only to have her case dismissed by a disclaimer; Cohen told Insider. According to Cohen, Mazars wrote and signed the disclaimer to protect himself, not Trump.

These are not our figures, Mazars informs potential lenders, and we cannot guarantee their correctness. Diana Florence, a veteran Manhattan prosecutor, specializing in sophisticated financial fraud cases, concurred.

Sure, they’re a stumbling block, she said of the disclaimers, and they undermine the case. But that isn’t the whole tale, she claims.

The AG claims that over ten years, Trump’s Statements of Financial Condition contain 200 inaccurate and misleading values concerning 23 properties. Florence stated that Deutsche Bank could not be expected to actually track down and check everything in the statement.

And while James’ complaint focuses on the Statements of Financial Condition, it hints that additional documents may put Trump in greater danger.

The complaint claims that throughout the years, Trump or his children signed many documents directly attesting to Mazars and Deutsche Bank that the Statements of Financial Condition are accurate or at least “fairly” depict Trump’s value.

And what about those “boilerplate disclaimers?” They are aware of James’ case. The disclaimers… do not grant Mr. Trump or the Trump Organization permission to submit to their accountants inaccurate and misleading asset assessments for inclusion in the Statements, according to the lawsuit.

If Deutsche Bank was concerned, Trump might argue that they could have asked for more or turned us down. They didn’t do their homework, Florence added.

Mazars abruptly left Trump’s employ in February, in the middle of preparing his and Melania Trump’s tax returns, and issued the final disclaimer, stating you could no longer rely on Statements of Financial Condition from the previous ten years.