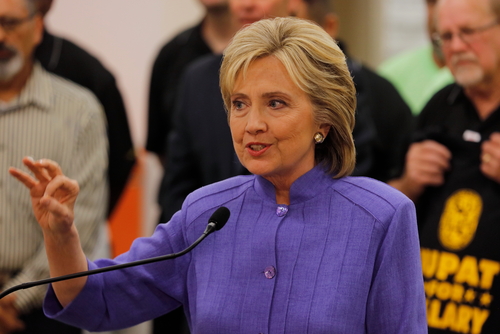 Hillary Clinton has called people who don’t believe 2020’s election results were fair “election deniers” and a threat to democracy. Even before the first vote is cast, she claims the 2024 election will be illegitimate.

But why isn’t the media calling Hillary Clinton, who is already being talked about as a possible candidate for 2024, a “danger” to our democracy? They are not; it is nowhere to be found, of course.

She also said that the Republicans were “a threat to our elections.”

The left-wing activist group Indivisible Guide also posted a video to Twitter in which former secretary of state and failed Democratic presidential candidate Hillary Clinton said that “right-wing extremists” are “already” planning to “literally steal the next presidential election.”

Clinton said in the video that she knows we’re all focused on the midterm elections in 2022, and they’re very important, but we also need to look ahead because their opponents are. Right-wing extremists already plan to steal the next presidential election, which they are not hiding.

Clinton also supported the activist group’s latest plan to “stop MAGA” and help the Democrats do better in the next elections.

When Hillary said that “our opponents” are “looking ahead,” she was talking about the upcoming Supreme Court case, Moore v. Harper, which will look at how state courts interpret state election laws, specifically whether state legislatures can overrule state courts on election issues.

Her comment is similar to what she said in 2016: “basket of deplorables.”

Hillary Clinton has questioned the results of elections before, and she has done so in the past. She has repeatedly asked if the 2016 election results were fair, and the Washington Post said that in 2019, she said that Donald Trump was not a legitimate president.

Clinton doesn’t always tell the truth. Last month, she said things that couldn’t be proven true. For example, she said her private email server had “zero” classified emails. People on social media made fun of Hillary’s latest comments because they were contradictory.

Clinton says that Republicans are “election deniers,” but she has often denied the results of elections that have been properly certified in 2016. But the news doesn’t talk about how she’s lying about the issue. She is now making a preemptive attack on an election that hasn’t even started yet, let alone had a single vote cast.

It seems clear that she is getting ready to run against the Republican nominee in 2024, who she probably hopes will be Donald Trump. She is also trying to convince her supporters that an election that hasn’t happened yet isn’t legitimate. And it looks like the media are happy to let her do it.