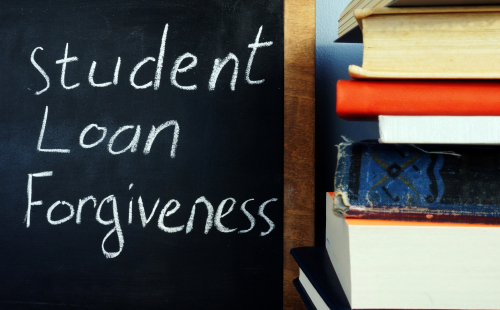 On Thursday, a Texas federal court invalidated the Biden administration’s proposal to eliminate student debt for tens of millions of students up to $20,000, putting a key administration goal at risk.

In a 26-page judgment, Judge Mark Pittman concluded that the proposal of the Biden administration was an “unconstitutional use of Congress’ legislative power” that also bypassed standard regulatory procedures.

The Biden administration may file an appeal. The White House did not reply to a request for comment immediately.

Two borrowers, represented by the conservative Job Creators Network, were granted standing in the lawsuit because they were ineligible for the scheme. One plaintiff had private student debts that were ineligible for forgiveness. At the same time, the other was not a Pell Grant applicant and did not qualify for an additional $10,000 loan forgiveness that is exclusively available to Pell Grant recipients. The court concluded that they were denied the opportunity to express their concern with the program’s outlines through the typical regulatory process.

“This verdict supports the rule of law, which mandates that all Americans’ views be heard by their federal government,” said Elaine Parker, president of the Job Creators Network Foundation.

This is among the numerous lawsuits filed by Republican leaders and conservative organizations. The Eighth Circuit Court of Appeals has paused the program while determining whether the states have legal standing, pending a verdict on a separate lawsuit launched by GOP leaders in six states last month.

According to administration insiders, Biden administration officials have been discreetly prepared for the potential that a judge may knock down the program. The authorities stated that they have contemplated legal and policy responses to such a move.

According to the administration, the president has a solid legal basis for forgiving student loans under his executive authority, citing the HEROES Act of 2003, which permits the Education Department’s head to waive or modify federal student loan provisions during war or national emergencies. The government has claimed in court memoranda that the epidemic has made it more difficult for student borrowers to repay their debts.

Judge Pittman disagreed with this legal rationale, claiming that the statute doesn’t explicitly authorize the executive branch to establish a $400 billion student loan forgiveness program. He highlighted that both attorneys for the Trump administration and House Speaker Nancy Pelosi (D., Calif.) have stated that President Biden lacks the legal power to pursue widespread debt cancellation by executive order. Mrs. Pelosi noted a year ago that Congress must act to eliminate student debt, but she later stated that she supported the program and complimented the president for proposing it.

The Democratic performance in this week’s midterm elections exceeded expectations. Even though it was likely that Republicans would win control of the House, the party’s gains fell short of what many analysts and pollsters had forecast. Senate leadership is still up for grabs.

Under Mr. Biden’s policy, borrowers whose annual income is less than $125,000 will qualify for up to $10,000 in federal student debt forgiveness and up to $20,000 if they receive Pell Grants.

If the initiative was approved, the Biden administration has stated that it would erase student debts for as many as 16 million students. Millions more have submitted their income information to the Education Department, but cancellation still needs approval.