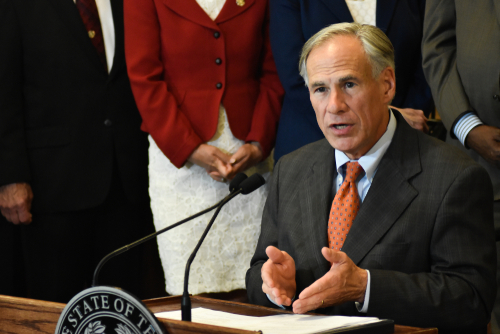 Two additional buses transporting immigrants from Texas arrived in Philadelphia on Friday morning. In the past ten days, four buses transporting around 150 individuals have arrived at the 30th Street terminal, according to local politicians and leaders.

The governor states the unplanned and unannounced buses to alleviate strain on Texas’ border cities. Mayor Kenney and other activists call it a cheap political ploy targeting migrant families.

Abbott did not publish a comment on Friday morning. Earlier this week, he tweeted, Texas is doing all it takes to bring assistance to our overburdened border towns. The governor also tweeted that he invoked the Invasion Clauses of the United States and Texas Constitutions to fully allow Texas to take extraordinary actions to protect the state against an invasion. Abbott’s new program of sending tanks to the border. The same tanks as the ones being used in Ukraine.

Abbott addressed a letter to the White House explaining the need for more aggressive actions to limit illegal immigration into the state earlier this week.

The letter, written to President Biden, accuses the government of ignoring the enormous migration of illegal immigrants into the country’s southern states. Abbott’s letter expresses that Biden’s inaction has produced terrible results. Under his watch, America is experiencing the highest level of illegal immigration in the history of our country. This past year, more than 2 million people sought to enter the nation illegally, coming from more than 100 countries throughout the globe, Abbott stated in the Wednesday letter.

Abbott went on to say that the inaction has produced terrible results. Abbott also mentioned that Biden’s disastrous border policies had forced the United Nations organization to declare that the US-Mexico border is the world’s most dangerous land crossing.

The letter, sent to President Biden, accuses the government of ignoring the massive surge of illegal immigrants into the southern states of the United States.

Abbott stated that Biden had a constitutional obligation to enforce federal immigration laws and defend the states from invasion. He needed to reinstate the policies that had been repealed or create and execute new ones. Because of the inactivity over the past two years, Texas has no alternative but to “escalate our efforts to secure our State.”

Six Texas Democrats in the House urged the Biden administration to utilize federal authorities against Republicans. This is because Texas Governor Greg Abbott proclaimed an “invasion” at the U.S.-Mexico border.

In a Thursday letter to Secretary of State Antony Blinken and Secretary of Homeland Security Alec Mayorkas, Democrats argued that Abbott’s proclamation violates the Constitution by illegally usurping federal power.

To be fair, the action caused controversy on both sides of the border. Tuesday, the Mexican government issued a statement rebuffing Abbott and placing its consular system on high alert for the abuse of Mexican residents’ rights by any authority.

The Democrats went on to state that there is simply no invasion at the border, regardless of legal authority. Numerous people who arrive at our border exercise their right to seek asylum and other humanitarian aid. The legislators wrote that the asylum seekers were not at war with the United States or the state of Texas.

The Texas legislators noted that the U.S. Constitution bars states from engaging in international affairs-related activities. According to them, characterizing a phenomenon of migrants as an invasion might have fatal implications. According to Abbott, close the border, and the problem is solved.