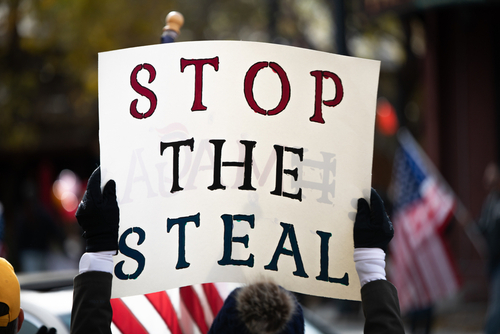 An FBI agent testified this week to Republican attorneys that the FBI conducted weekly meetings in Silicon Valley with Big Tech firms to discuss how to block disinformation on social media ahead of the 2020 presidential election. On Friday, Matt Taibbi released the Twitter Files showing how the Democrats suppressed and censored tweets with the help of top-level executives.

As part of their case against the Biden administration, two Attorney Generals, Eric Schmitt (R-MI) and Jeff Landry (R-LA), deposed FBI Supervisory Special Agent Elvis Chan on Tuesday. In the complaint, high-ranking government officials are accused of collaborating with massive social media corporations under the pretense of “combating misinformation” to accomplish greater censorship.

Chan was questioned under oath by a court order concerning his alleged key role in coordinating with social media companies regarding  “censorship and suppression of speech.”

As the election approached between President Biden and former President Trump, those meetings with social media giants became quarterly, monthly, and weekly. According to a source, Chan testified that the FBI told the social media firms in those many separate sessions that there may be Russian “hack and dump” or “hack and leak” activities.

In their lawsuit, the GOP AGs cited a podcast session of “The Joe Rogan Experience” from August 26. Meta CEO Mark Zuckerberg indicated that the FBI came to Facebook  and advised them to be “on high alert” over “a lot of Russian propaganda.” According to Zuckerberg, the FBI stated, “there’s about to be some type of dump,” and that they needed to be alert.

According to the lawsuit, Zuckerberg added that the FBI came to them and told them they needed to be on alert about anything. Zuckerberg said that they took that seriously. Zuckerberg said he couldn’t remember if the FBI specifically characterized the Hunter Biden laptop story as Russian misinformation but that it “essentially followed the pattern” that the FBI had discovered.

According to the lawsuit, the FBI’s reference to a ‘dump’ of material was a particular reference to Hunter Biden’s laptop, which was already in its possession.

According to the FBI, they frequently work with private sector firms to provide intelligence specific to known foreign malign influence actors’ subversive, undeclared, clandestine, or illegal actions. It is not founded on the content of any message or narrative. Following notification from the FBI, private sector firms make their own judgments about what, if any, action they will take on their platforms and for their clients.

It is alleged that Meta named the FBI’s Foreign Interference Task Force and Chan as being involved in discussions between the FBI and Meta, resulting in Facebook suppressing Hunter Biden’s laptop report.

On November 14, a federal court in Louisiana ordered Chan’s deposition. As the FBI’s cybersecurity specialist in San Francisco, Chan advised the agency. According to Judge Terry A. Doughty’s court order, the FBI played an important role in coordinating with social media platforms regarding censorship around the California region, where social media platforms have their headquarters.

According to Chan’s testimony, the FBI provides social media firms with a list of URLs and social media accounts “disinformation” that needs to be removed because they are the product of “malign foreign influence.” The FBI then inquires whether the content has been removed from the sites, and the platforms frequently remove accounts that the FBI has reported.

Attorney General Eric Schmitt stated they had unearthed troves of evidence demonstrating a huge censorship operation. According to Schmitt, they are now deposing prominent government officials and were among the first to look beneath the hood – the information they’ve gleaned from those depositions has been stunning. The FBI’s involvement in restricting free expression is obvious from Tuesday’s deposition.

Americans should be outraged that government agencies marketed material that has subsequently been disproven throughout the 2020 election campaign, according to Landry.