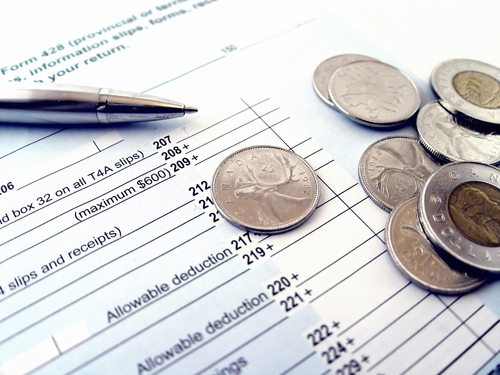 The House Ways and Means Committee received Donald Trump’s tax returns on Tuesday at 3:00 p.m. The Republican Party is outraged that the Democrats have released them.

However, one Republican lawmaker was ridiculed after issuing a dire warning in which he insisted without evidence that Democrats releasing Trump’s taxes would open the floodgates and allow the tax returns of ordinary citizens or even Supreme Court justices to be made public.

Kevin Brady, a Republican from Texas and a member of Congress, has made it clear that he believes the majority chairs of the House Ways and Means Committee and the Senate Finance Committee should not have the broad authority to seek out and release the tax records of Americans. He explained that it’s not just regular Americans, either. He went on to say that no one in Congress should be able to expose the tax records of anyone, whether they are a political opponent, a business or labor leader, or a Supreme Court justice.

The House Ways and Means Committee is one of the very few committees allowed, by law, to obtain a tax return and is responsible for releasing them once they have been reviewed.

Three years passed before the Ways and Means Committee finally got its hands on Trump’s tax returns. But once everything was in place, not even the United States Supreme Court tried to stand in the way of the release.

On Tuesday, the Supreme Court ended former president Donald Trump’s years-long fight to shield his tax records from House Democrats. This allows a congressional panel to review six years’ worth of federal returns and raises the possibility that some of this information will become public. There was no recorded dissent from the court.

A nearly four-year fight by the House Ways and Means Committee to obtain Trump’s personal and business records has finally ended because of this decision. Trump has insisted that Congress has no authority to request the documents and that the witch hunt is being conducted for political reasons. His efforts to keep the details secret after he left office have been met with defeat after defeat.

After being elected, Trump went against tradition by not releasing his tax returns, as has been done by every president since Richard M. Nixon. He claimed he was audited, but many experts have debunked that claim and said he could have released his returns while under audit.

The high court’s ruling comes as committee Democrats prepare to hand over power to the minority party. As a result of the midterm elections, the Republican Party will assume control in January.

The Treasury Department, which manages the IRS, must provide tax documents to select congressional committees under a law passed in 1924. The Treasury Secretary “shall furnish” the documents requested by the House Ways and Means Committee, the Senate Committee on Finance, and the Joint Committee on Taxation, as required by law. Ultimately, this leads one to believe that Congress can inspect one’s tax documents.

Even though it’s doubtful that the tax returns of the current Supreme Court justices will ever be made public, this idea has received widespread support on social media due to the court’s historically low approval ratings.