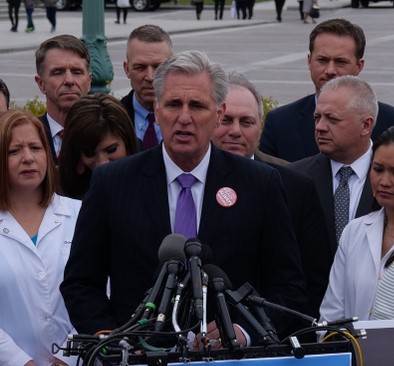 After 15 rounds of voting, the longest House speaker contest in 164 years, Kevin McCarthy has finally won the speakership of the House of Representatives. After a long, tumultuous, and occasionally violent journey, McCarthy became House speaker on Friday night, convening the 118th Congress.

So, how did he finally manage to do it?

By adopting Donald Trump’s “art of the deal” negotiation style, McCarthy managed to clinch the position. CNN and The Hill aren’t the only ones reporting that McCarthy made compromises to the ultraconservatives who still wouldn’t vote for him.

McCarthy made a bombshell admission that might spell the end of his political career. Significantly, any member of the House of Representatives can now initiate what amounts to a no-confidence vote by calling for a resolution to vacate the Speaker’s chair. CNN said moderates fear that McCarthy will lose ground if this passes since conservatives fought hard for it. According to The Hill, Republicans and Democrats are experiencing “heartburn” over the prospect that this might undermine McCarthy’s authority and give the ultraconservatives a strong bargaining chip.

Rep. Don Bacon, a Republican, said as much to The Hill.

Will the United States gain from these concessions?

The answer is yes and no. All it takes is one person to push for a motion to vacate, and the 118th  Congress will be doing this again. We’ll do it again if only one of us can move to leave. “How would you like to do this every week?” Bacon added.

By making that compromise, McCarthy essentially shot himself in the foot. Perhaps. But many of the other reported compromises appear to be no-brainers. One compromise is that expenditure cutbacks must be part of any plan to increase the debt ceiling. This is understandable, considering America’s massive national debt.

Another compromise is that measures will be given three full days for consideration before they are brought to the floor. Again, that seems more than reasonable in light of the sheer volume of certain bills like the Omnibus.

Bringing back the Holman rule is a concession by McCarthy that a large portion of the American public will likely support. In a nutshell, that regulation allows for pay cuts for public servants.

Other reported compromises include the following:

For the record, these are only the things that have been reported so far. McCarthy may have made additional deals behind the scenes as well.

There is no denying that the 118th Congress will look very different under McCarthy’s leadership compared to Pelosi’s.