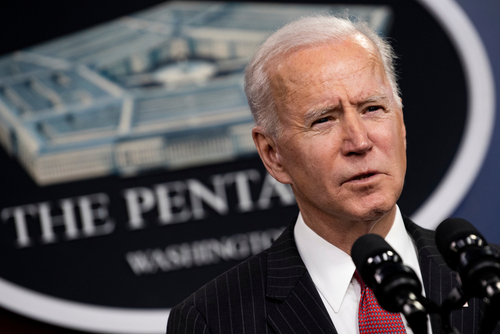 The Democrats and their media enablers have a serious problem with the discovery of classified documents in former Vice President Joe Biden’s office at a Washington think tank. This is because of the precedent they set with their response to allegations that former President Donald Trump had classified documents at his Mar-a-Lago estate.

Sen. Tom Cotton (R-Ark.) claims that the records were located at a “Chinese-funded” think group, another issue the Democrats don’t care about.

The media was eager to label Trump’s comments as “wild speculation” when he weighed in on the latter topic. The strange thing about Trump’s assumptions, though, is that he usually turns out to be accurate.

“Wow!” The Biden think tank receives funding from China! It was Trump who put up the message. Trump said that in contrast to the Presidential Records Act, which is “NOT criminal,” the Federal Records Act is criminal. Hence a Vice President cannot Declassify papers that fall within their purview. Trump added that as President, he had the authority to declassify documents; in his capacity as Vice President, Biden did not have that authority. What information has been shared with China?

Trump said in another tweet that the sum was “a lot of money.”  According to Trump, the sum the Chinese government gave the Biden Think Tank was 54 million dollars. In another post, Trump added that China saw the “Classified documents.”

While it’s impossible to know whether or not the Chinese could view the materials, Trump later commented giving highly classified documents to China would be a “bridge too far,” which suggests he was engaging in speculation. Trump, who is running for President again, states that the very least you could expect from him is that he wouldn’t do it, adding that this is not a good situation for our country.

According to the Washington Times, after his term as vice president ended, Biden maintained an office at the University of Pennsylvania and taught as an honorary professor there until his 2020 presidential election. This office is associated with the Penn Biden Center for Diplomacy and Global Engagement.

A conservative government watchdog group called the National Legal and Policy Center (NLPC) claims that the Biden think tank got donations from China totaling $54.6 million between 2014 and 2019, including $23.1 million in 2016.

In May, a university spokeswoman denied to the Times that the center had received Chinese financing. Penn Biden Center officials have never attempted to accept funding from the Chinese government or any other foreign organization. According to University spokesman Stephen MacCarthy, the University has never asked the center for money.

It’s important to be open about this, he remarked. The question is posed, If the school has nothing to hide, why not reveal all of the donations, contracts, and gifts and let the students and the public see any terms or strings linked to using that money?

There is also another issue. A few days before the midterm elections, President Biden’s legal team found the secret documents at his former office. But the White House didn’t confirm the result until Monday (well after the midterm election), and Republican legislators are not wondering why.

The New York Times acknowledged that the finding would have been “explosive” close to the election. A week before the midterm congressional elections, a last-minute development like this would have been explosive. Still, according to the White House statement, the department is cooperating. This does not explain why Mr. Biden’s team did not announce the discovery of the documents until more than two months later.