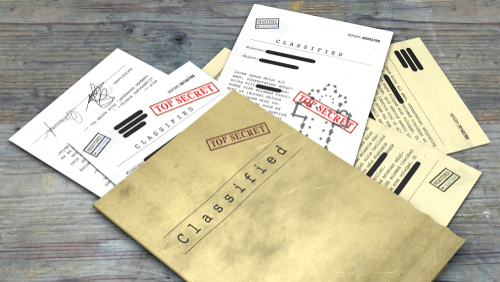 On Thursday, Attorney General Merrick Garland named Robert Hur as a special counsel to examine the finding of classified materials that may have been mismanaged after President Biden’s stint as vice president.

After a second set of classified documents was discovered in the garage of Biden’s Wilmington, Del., household, Garland made the statement and noted that counsel for Biden alerted the department this morning of a third set of documents recovered from within the house.

Because of “extraordinary circumstances” here, Garland stated that the matter required the appointment of a special counsel. This nomination demonstrates the department’s dedication to transparency and accountability in high-stakes cases, as stated in the press release.

Hur, a former U.S. attorney in Maryland and a Trump nominee, will lead the inquiry.

Some 300 documents with classified markings were found at Trump’s Mar-a-Lago estate, prompting the Justice Department to hire a special counsel to supervise the probe into the former president’s mismanagement of data.

Although Biden’s case has been ongoing since November, the public only became aware of it on Monday because of a CBS News report.

In early November, documents were found in an office Biden used after the Obama administration ended. On November 4, Biden’s lawyers notified the National Archives and the Justice Department. The FBI investigation started on November 9, and on November 14, Garland submitted the case to U.S. Attorney John Lausch in Chicago for evaluation. Lausch concluded that a special counsel should be appointed.

Biden’s Delaware house was found to have documents in the garage on December 20, and another document was found inside the residence at a later time.

In contrast to Trump’s experience with officials, who repeatedly asked for the records and even obtained a warrant to search his house to find them, Biden’s staff notified the National Archives and the Justice Department as soon as they discovered the situation.

Democrats and Republicans alike have demanded audits following the disclosure of Biden-related confidential documents. Senator Warner (D-VA), head of the Senate Intelligence Committee, has asked for a briefing on this topic. Several Republicans had suggested that a special counsel be appointed as a result.

On Thursday, before Garland made his statement, the White House emphasized its willingness to assist law enforcement. The National Archives and the DOJ are fully cooperating to ensure that any Obama-Biden Administration papers are properly in the Archives, said attorney Richard Sauber.

The Department of Justice was alerted promptly, and the attorneys made arrangements for the DOJ to take ownership of these materials, just as they did with the Penn-Biden Center.