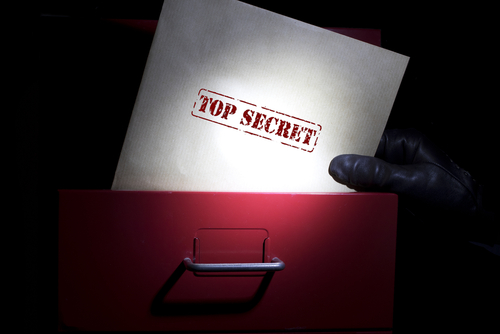 Documents discovered in President Joe Biden’s private office included “top secret” information. A federal law enforcement official told the source that the ten classified documents already reported to have been discovered from Biden’s vice presidential office at the Penn Biden Center in Washington, D.C., included top-secret material, but the story did not reveal their precise contents.

Previously, a source told CNN that the secret documents discovered in Biden’s private academic office, in addition to unclassified records, included U.S. intelligence memos and briefing materials on Iran, Ukraine, and the United Kingdom. Between 2017 and 2019, when Biden was neither vice president nor president-elect, he taught at the University of Pennsylvania as an honorary professor.

The Justice Department is investigating Biden’s document management. Attorney General Merrick Garland stated on Thursday that he had hired former U.S. Attorney Robert Hur as special counsel to continue the investigation begun by former U.S. Attorney John Lausch. Republicans in the House have begun their own inquiries into the escalating controversy.

Richard Sauber, the president’s special counsel, stated that Biden’s attorneys were cleaning the office on November 2, days before the midterm elections, when they discovered the first batch of records and promptly contacted the National Archives. The existence of the documents was unknown to the public until this week when media reports disclosed the existence of a DOJ investigation.

Since then, the White House has reported that attorneys for the president discovered a second batch of secret documents from Biden’s term as vice president at his Wilmington, Delaware, residence. The White House revealed on Saturday that more sensitive materials were found at the house than was previously reported.

On Wednesday night, according to Sauber, a single document was discovered in a room adjacent to the garage, but attorneys ceased their investigation because they lacked security clearances. Thursday, Sauber came to the residence with the required authority to continue the search. As he handed the document to the DOJ officers who accompanied him, five additional pages with classification markings were discovered. The DOJ personnel accompanying him seized instant hold of them.

The White House, according to Sauber, is “fully cooperating” when it comes to the National Archives and the Justice Department.

The irony is that Biden called Trump irresponsible, and the Democrats weaponized the DOJ to go after Trump and score a Legal victory to prevent him from running again. It looks like this is backfiring on the Democrats spectacularly.