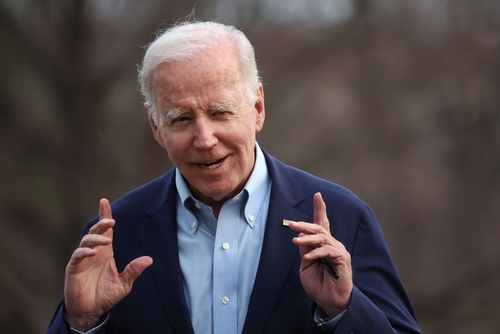 Joe Biden’s name appears in an email on Hunter’s laptop, which the younger Biden used to negotiate a multimillion-dollar gas contract with China. In a 2017 email uncovered on the first son’s “laptop from hell,” Joe Biden’s name was mentioned along with the details of the contract to provide China with millions of tons of Louisiana gas.

According to an exclusive revelation by DailyMail.com, in October 2017, Hunter and his uncle – Joe’s brother Jim Biden – were brokering a multimillion-dollar agreement to deliver a gas supply on behalf of their Chinese business partner, energy giant CEFC.

At this time, Joe Biden had been released from his duties as Vice President. Nor had he announced his candidacy for the 2020 presidential election.

While it is plausible that Baton Rouge attorney Robert Fenet mistyped Joe for Jim, other emails and whistleblower evidence indicate that Joe was involved in Hunter’s business transactions with the Chinese. In an email dated October 19 of the same year, Jim Biden emphasized the significance of his “family” in commercial transactions.

He added in his letter to Fenet, “We Biden’s often fraught with problems,”  that can come relationships with family members are sometimes filled with difficulties; Jim Biden mentions that they are of a “different mind” in regards to said problems, in other words, he views his family relationship as beneficial. He then stated that it was all about family and the business partners they picked.

Fenet coordinated a conversation between Joe and Hunter Biden and Cheniere, a Texas-based energy corporation.

According to the Daily Mail, Cheniere executives have strong ties to Joe Biden.

The publication noted that the president selected former Cheniere board member Heather Zichal as his 2020 campaign environment adviser, while former Cheniere lobbyist and vice president Ankit Desai served as Joe’s political director in 2005.

On October 20, 2017, Fenet outlined a proposal that included his liquefied natural gas (LNG), the Bidens, and their Chinese partners. According to the proposal, the Ashton Fenet and Sons Construction Corporation, Inc., in partnership with a Louisiana company, will provide the Chinese organization with natural gas-LNG for the next 25 years, he wrote. Fenet stated in his proposal that they could begin providing three, four, five, or six million metric tons of LNG over five years beginning in 2018. From the fifth through the twenty-fifth year, they would be able to provide 13 million metric tons per year of LNG to a port in China which was to be determined.

If your customer purchases a 25-year supply of LNG, he could construct the facility for $12 billion, he continued.

Hunter sent a letter to CEFC Chairman Ye Jianming in November 2017 to pitch the proposal. Hunter stated that it would deliver huge amounts of LNG at extremely cheap pricing while also furthering CEFC’s long-term aspirations through a partnership or ownership of a prospective LNG terminal project in Louisiana.

Hunter was “inquiring” about setting up a meeting between  Jianming and the chairman of Cheniere, he stated. During then-president Donald Trump’s official visit to China, Cherniere struck a long-term arrangement with another Chinese energy giant, China National Petroleum Corp, to deliver gas to the country, according to the Daily Mail.

Ultimately, Hunter and Jim’s CEFC business failed after Ye and Patrick Ho, “his right-hand man,” were arrested on allegations of bribery and corruption; nonetheless, as reported by the Daily Mail, they spent more than $10 million into their joint venture with the Bidens.