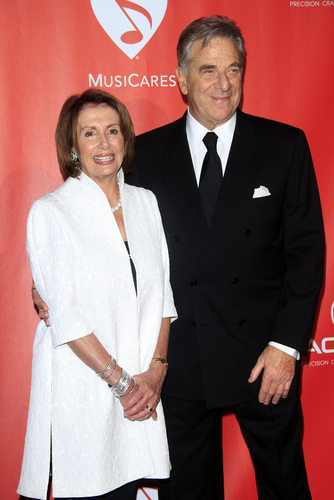 Remember when the Paul Pelosi story dominated the headlines for a time, strange things began to emerge; suddenly, everyone stopped talking about it?

According to investigators, the suspect, David DePape, allegedly intended to abduct the speaker, who was in Washington at the time of the incident, when he broke into the couple’s San Francisco home on October 28. Instead, the 42-year-old defendant badly beaten her husband, Paul Pelosi, with a hammer in a shocking political attack observed by two police officers.

In October, the news surfaced, and Democrats pounced, promoting the idea that a crazy Trump supporter had broken into the Pelosi residence and assaulted the husband of the then-Speaker of the House in a politically motivated MAGA attack. According to the investigation, the attacker was an activist for Black Lives Matter and LGBTQ causes, as well as a nudist who was allegedly abusing drugs. Oops.

But it gets weirder. The initial claim that the attacker was wearing nothing but his underpants when the cops arrived was subsequently withdrawn. There was a report that a third unidentified individual let the cops in, which was afterward retracted. Then there was the report that described Pelosi opening his home’s door for the police and returning inside to reengage his attacker, which was later retracted. The NBC News reporter Miguel Almaguer was suspended for reporting it, even though his report matched the court records. As the tale dragged on, we were left with more questions than answers, but crucial evidence, such as Pelosi’s 911 call, the police body cam video, and Capitol Police security footage, have not been published.

The case is currently winding its way through the legal system. Numerous pieces of evidence were provided to the court for review, including the illusive 911 call, body cam footage, interviews, and Capitol Police surveillance video.

Despite the evidence being made available to the courts, it’s all being concealed from the public. Now some news organizations are filing lawsuits to gain access.

A coalition of news organizations filed a motion requesting access to evidence against the man accused in connection with last year’s attack on the husband of former U.S. House Speaker Nancy Pelosi. CNN, Fox News, CBS, ABC, NBC, and NPR-affiliated radio station KQED is also a part of the group, as well as The New York Times, The Associated Press, The Washington Post, the San Francisco Chronicle, the Los Angeles Times, and The Press Democrat are also part of the coalition.

It makes you wonder what exactly happened. A year ago, if you questioned the chosen version of the Paul Pelosi attack, you were labeled a conspiracy theorist; now, important information is being withheld from the public. Why is it the case? Are some of the “conspiracy theories” legitimate? What are they attempting to conceal? What do the democrats not want you to know?