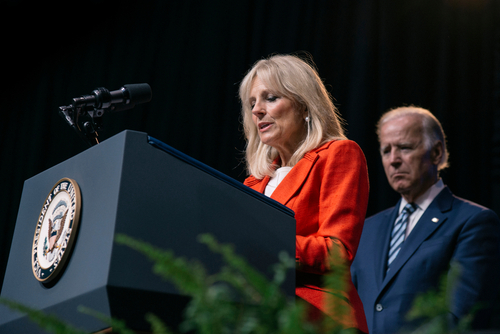 An investigation of the residence was conducted by the Justice Department beginning at 9:45 a.m. on Friday and concluding at 10:30 p.m. on Friday night. The search included “all working, living, and storage rooms in the property,” according to Biden’s attorney, Bob Bauer.

The search lasted for about 12 hours. According to reports, they discovered six items containing documents with classification markings, some from his time in the Senate and others from his tenure as vice president under Obama. Additionally, agents took handwritten notes from his years as vice president.

Based on agreements made with the Justice Department, Biden’s legal team and the White House Counsel’s Office were present during the search. The President and his wife were not present throughout the search.

Bauer said that the DOJ had complete access to the President’s house, including handwritten notes, files, documents, binders, souvenirs, to-do lists, timetables, and reminders dating back decades. He did not mention if the FBI agents searched Jill’s closet.

A DOJ investigation uncovered six documents with classified markings as well as surrounding materials, some of which were from the President’s senatorial days and some from his time as vice president, Bauer explained. The Department of Justice also reviewed handwritten notes from the vice-presidential administration.

Bauer noted that the President’s staff has attempted to strike a balance between the necessity of public transparency and the rules and restrictions essential to safeguard the investigation’s integrity.

Bauer stated that they would continue to do so throughout our collaboration with DOJ. Although Bauer’s statement indicates that the Justice Department discovered “six items including papers with classification marks,” the precise quantity of classified documents obtained during the search is unknown.

To ensure this process is expeditiously and effectively completed, the President’s attorneys and the White House Counsel’s Office will continue to work closely with the Department of Justice and the Special Counsel, said White House counsel Richard Sauber in a statement released Saturday evening.

One week after Merrick Garland appointed  Special counsel Robert Hur to look into the President’s unauthorized removal and improper retention of classified documents, including records found at his residence in Wilmington, Delaware, and the Penn Biden Center in Washington, D.C.

On November 2, 2022, classified documents were discovered in the Washington, D.C., headquarters of the Penn Biden Center think tank, but they were not made public until last week.

White House officials have consistently declined to comment on the contents and levels of classification of the secret data, instead stating that the documents were handed over to the proper authorities and will be investigated. Unlike what occurred at Mar-a-Lago, Trump’s home, no pictures have been released.