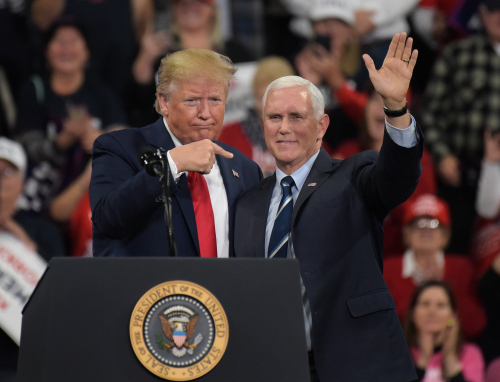 In August, the Democrats made a show of weaponizing the Department of Justice, making a production over the search for classified documents in Trump’s house in Florida. Allegedly obtaining roughly 300 documents. Still pending are the potential criminal charges and threats that have not abated to date.

In November, confidential documents were uncovered in Biden’s former University of Pennsylvania office. However, the Democrats willfully concealed the material out of concern for the 2022 election, and the information was not disclosed until January.

Then, additional records were discovered around Biden’s house, including his garage. Democrats have maintained silence and have refused to acknowledge anything beyond the absolute minimum. The most astonishing fact is that Biden possessed classified information from his time in the Senate.

Ted Cruz, the governor of Texas, has requested a review of Biden’s Senate records kept at the University of Delaware. The University has over 1,800 cartons of Biden’s notes and papers from his time in the Senate.

According to the most recent breaking news, former Vice President Mike Pence notified Congress on January 16 that he discovered classified documents from his tenure as vice president at his Carmel, Indiana, home.

According to the Pence team, once the sensitive materials were found, they were promptly placed in a safe. The FBI acquired the documents at Pence’s residence in Carmel, Indiana, on Thursday evening, January 19. The FBI acquired the records while Vice President Pence was in Washington, D.C., for the annual March for Life.

Although the papers have classified markings, the Department of Justice or the agency that issued them must make a final judgment as to whether or not they are classified.

Former President Donald Trump replied to the news that classified documents were found at the residence of former Vice President Mike Pence in Indiana.

Pence’s attorney stated on Tuesday that materials were discovered at his home last week, and he was unaware he had them. Trump made a quick but passionate reaction on Truth Social,

Trump wrote, “Mike Pence is an innocent man.” Trump added that Pence never intentionally engaged in dishonest behavior and should be left alone.

Since the discovery of documents at Pence’s home,  spokeswoman Devin O’Malley stated that they have not heard from the Department of Justice.

Pence is the most recent politician to admit to possessing confidential documents; one wonders who else in congress has a stash of classified documents taking up residence in their bathroom as some fun reading material. Considering the number of politicians that possess classified information, perhaps the Obama residence should also be inspected. Even more significant, the Department of Justice must dismiss the accusations against Donald Trump.