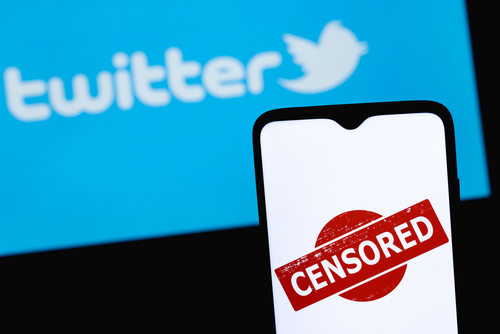 After Twitter’s release of internal documents, Republicans intensified calls for Twitter to be investigated. The platform’s coverage of the president’s son, Hunter Biden, has come under scrutiny following the release of information concerning the company’s handling of the 2020 elections and suppressions materials that might have changed the election results.

New Twitter owner Elon Musk’s disclosures about content moderation, particularly how the social network handled Hunter Biden’s news before the 2020 election, have upset the GOP. House Republicans are even angrier, and after taking control of the House in January, plan to investigate the company.

Mr. Musk acquired the social network in October and has recently collaborated with journalists to distribute internal documents regarding the platform’s decision to temporarily restrict the New York Post articles about Hunter Biden, the son of President Biden, shortly before the 2020 election, and Twitter’s removal of then-President Donald Trump two days after the Capitol attack in 2021.

The leaks have been called the “Twitter Files” by the journalists, and Mr. Musk has suggested Twitter’s prior administration supported Democrats by briefly blocking New York Post articles in October 2020. The NY Post reported on papers and photographs found on Hunter Biden’s laptop, which had been left at a Delaware computer repair shop. In a letter dated October 2020, former intelligence community members asserted that the material about Hunter Biden bore all the traditional hallmarks of a “Russian information operation.”

Twitter partially reversed course within two days, permitting stories to be linked in tweets, but blocked the New York Post’s Twitter account for two weeks. Twitter officials have also acknowledged that the initial decisions were flawed.

On Saturday, McCarthy stated on Fox News that he wants retired intelligence officials who signed the October 2020 memo to testify before a House committee. Mr. McCarthy tweeted on Saturday; through pressure, coordination, and influence, the federal government has suppressed views it doesn’t like. McCarthy went on to state that they would establish responsibility. And free expression will be guaranteed for Americans.

The business dealings of Hunter Biden, including his position at Ukrainian energy company Burisma, have raised questions among Republicans. Meanwhile, his father was vice president or president and claimed that the son’s actions had compromised the administration. Both Bidens have denied any misconduct, and Hunter Biden has stated that his service on the board of Burisma exhibited poor judgment.

Just before the 2020 presidential election, Hunter Biden’s former business associate Tony Bobulinski said that the older Mr. Biden was negotiating an investment partnership with a Chinese oil company. The Biden team denied Joe Biden had any role in the enterprise or stood to earn by it.
Rep. Gerald Connolly (D-Virginia), a candidate for the House Oversight Committee in the next Congress, stated that the GOP’s requests to investigate Twitter and Hunter Biden were the same as the previous Republican inquiries “that went nowhere.”

Connolly added that if Republicans desire to base their witch hunts on the fantasies of Twitter CEOs, the American public will see this for the disgraceful diversion it is.

The network also banned Mr. Trump after the Capitol Riot in January 2021, and although Mr. Musk recently granted him access to his account, he has not returned to the platform.

Republicans have been vindicated, but the biggest takeaway is that it was worse than they had imagined. Ohio Republican Rep. Jim Jordan, who is set to lead the Judiciary Committee, said this shows how serious this collusion among big government, big tech, and big media was and is.

Mr. Jordan is particularly interested in former Twitter Deputy General Counsel Jim Baker, who served in several capacities at the Justice Department before joining the social network, including from 2014 to 2018 as the Federal Bureau of Investigation’s general counsel.

Among Democrats, opinions on how Twitter handled the 2020 elections are more mixed. Rep. Ro Khanna, a Democrat who represents Silicon Valley and is a member of the Oversight Committee, stated on Fox Business on Sunday that he has never been praised by the New York Post. However, he added, that doesn’t mean you should stop publishing their pieces or articles, and he would be open to hearings on the matter.