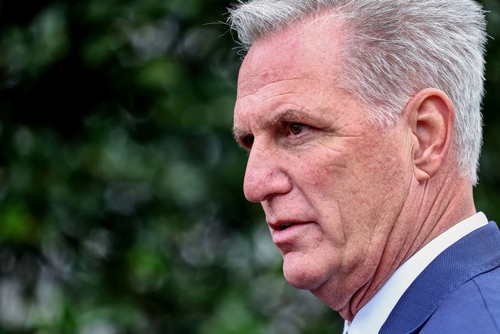 Three days and 11 votes, the battle for House speaker has gone on longer than any other speaker race since 1923. Rep.-elect Kevin McCarthy (R-CA) is facing stiff opposition, and his prospects of winning the seat appear to be diminishing.

Despite pledges and compromises, a group of Republicans who appear to be voting “Never Kevin” have blocked McCarthy’s path to the speakership. However, no clear alternative to McCarthy has emerged. Yet a handful of Republicans in the legislature may be within striking distance.

Rep.-elect Byron Donalds (R-FL) voted for McCarthy in the first two rounds of the Republican Party’s vote for speaker of the House, but he flipped his support to Rep.-elect Jim Jordan in the third round (R-OH). By flipping first, he gained considerable support from the 20 members who were fighting McCarthy’s nomination as speaker.

Donalds is serving his second term in the 118th Congress after being initially elected to represent Florida’s 19th Congressional District in 2020.

Rep-elect Chip Roy (R-TX) nominated Donalds for the position of House Speaker on Wednesday, saying that for the first time in history, two African Americans have been nominated for speaker. If elected, Donalds would be the first Black Republican Speaker of the House.

Also in the running is Rep-elect Steve Scalise (R-LA), the House Republican Conference’s No. 2 leader and McCarthy’s current deputy. As the election for House speaker has progressed, he has been mentioned as a prospective replacement. Despite his denials, many in Congress regard Scalise as a strong option to McCarthy for the role.

The 57-year-old lawmaker will serve his eighth term in the House. The shooting of Scalise by a far-left extremist during a 2017 baseball practice for the annual Congressional Baseball Game grabbed international news.

As a reporter asked about the likelihood of McCarthy becoming speaker Scalise on Tuesday, McCarthy looked ready to laugh.

Elise Stefanik, the newly elected representative from New York, is now the third-highest-ranked Republican in the House. However, she has not yet been nominated for the position of House speaker. While she was first viewed as a McCarthy challenger, she has voted consistently in favor of McCarthy.

Stefanik, who replaced Representative Unemployed RINO Liz Cheney as leader of the House Republican Conference in 2021, made history in 2014 as the youngest woman ever elected to Congress at the age of 30.

Finally, Ohio’s newly elected representative Jim Jordan (R), was selected as the second Republican in the widely watched campaign for speaker. Jordan had previously stated that he had no interest in the position.

On Tuesday’s first ballot for speaker, numerous lawmakers voted for Jordan, and on the second ballot, he was officially nominated by Rep-elect Matt Gaetz (R-FL).

Many who oppose McCarthy’s speakership ambition have mobilized support for Jordan, but the Ohio lawmaker has vowed to keep voting for McCarthy in the House.

According to Jordan, it’s an honor. Jordan remarked in nominating McCarthy that “we owe it to them” — the American people, the wonderful people of this beautiful country — to take action, to come together, and to elect a speaker to deal with these three issues.

Under McCarthy, Jordan is widely expected to assume the role of committee chair, which he held while the Democrats were in power.