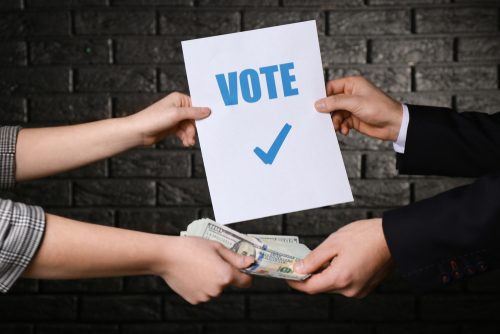 President Joe Biden’s student loan relief proposal was slammed Wednesday by Republicans for unfairly shifting the cost to taxpayers with no college debt – many of whom never attended college.

In no way can student debt be ‘canceled.’ Biden is unfairly burdening hardworking Americans with debt they did not take on themselves, said Sen. Ted Cruz. The average cost to every taxpayer will be $2,100.00. Despite Republican accusations that the White House is squeezing the masses to shower largess on wealthy elites, the White House insists the policy is tailored to help lower-income students and former students – 43 million in all.

Senator Cornyn has called it a “disastrous policy” that will increase inflation. By implementing the new policy, universities will be able to raise tuition for students whose debt loads have suddenly shrunk – views shared by Larry Summers, former Treasury Secretary under Clinton, and former Harvard University President.

Less than three months before the midterms, that’s a lot of families expecting a windfall. The “Biden Administration’s election-year stunt” to force working-class folks to pay off the debt of wealthy graduates is both indefensible and nonsensical, Cornyn said.

Legislation blunting the pandemic’s economic impact gives the President all the authority he needs. When asked if it’s fair to provide relief to some Americans at the expense of others, the President pointed to GOP-backed tax credits for large employers. According to Biden, Republicans seem to have no problem with tax relief for corporations. Is it fair for people who do not own multibillion-dollar businesses? Biden asked.

In echoing the Democratic consensus, Rep. Vicente Gonzalez of McAllen tweeted that he was glad to see the President keep his promise to cancel student debt.

Republicans in Texas were less enthusiastic about the plan. Rep. Ronny Jackson stated that Biden is stealing from you to buy votes, and now you pay for college for the rich. Brady, R-The Woodlands, echoes the same opinion regarding how Biden was stealing to buy votes. He added that the plan would cost $600 billion – roughly double the estimate Cornyn used in his criticism. Brady called it unfair to those who have already paid off student loans. Like Cruz, he asserted that the plan was illegal without congressional approval.

Nothing was surprising about Biden’s announcement. As part of the 2020 campaign, he promised some student debt relief, but not as much as some of the Progressive Democrats hoped for. Providing that relief now, with midterm elections less than three months away, is likely to entice younger voters who had already been paying unusual attention since Roe vs. Wade was struck down and abortion bans began spreading.

Low-income borrowers could lose up to $20,000 in loan debt under the plan. Nearly 27 million people who received Pell Grants will be eligible for the maximum award. The majority of Pell recipients come from families making less than $30,000.

Among borrowers no longer in college, nearly 90% earn less than $75,000 a year and would benefit from the loan forgiveness, according to the U.S. Department of Education. Despite White House arguments that the plan targets those in need, critics remain unconvinced.

According to Cruz, Washington, DC, holds the highest concentration of student loan debt, forcing blue-collar workers and American families across the country to pay off a Washington bureaucrat’s college education.