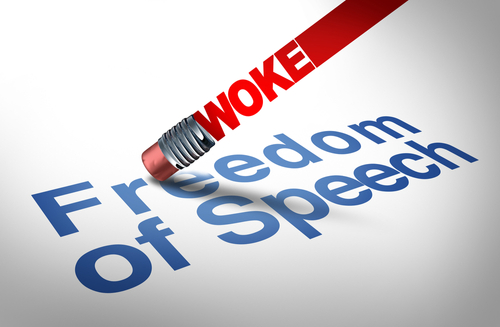 In September, the American Conservative Union circulated a “woke congressional leadership pledge” to Republican candidates seeking leadership positions. The message was in regards to a new unified approach to censuring firms that have gone woke. Supporting this concept was the first step in earning their support.

With new conservative majorities, these woke corporate elitists will return to Capitol Hill to woo conservatives, the report said. CPAC urges you to take a stance and prevent this from occurring, asking them not to abandon their conservative policies.

In the past, Republicans were once considered the party of big business, but now it has become its enemy. In recent months, Republicans have upped their pressure campaign to prevent corporate America from adopting liberal positions, including punitive methods such as boycotts, legislation, and shareholder conflicts. Now that the Republicans have retaken control of the House, prominent conservatives are threatening political repercussions.

After the Jan. 3 inauguration of the next Congress, House Republican leader Kevin McCarthy is expected to succeed Nancy Pelosi as speaker of the House. Axios claimed that he recently warned the U.S. Chamber of Commerce, which supported 23 House Democrats in the 2020 race, that he will not cooperate with its CEO Suzanne Clark and that she should be removed.

A rival lobbying group, the American Free Enterprise Chamber of Commerce, met with the House Republican Study Committee in June.

A few corporations that have outraged the GOP and are expected to be called to appear at House hearings have retained Republican-affiliated law firms in preparation for said hearings. According to Matt Schlapp, chairman of the American Conservative Union, the companies will never back out of woke if the Republican party returns to business as usual.

The Republicans won the 218th seat necessary to regain control of the House. According to professor David Primo at the University of Rochester, activist investors and employees will increasingly press firms to adopt progressive views, but conservatives will punish them for it.

Primo stated Corporations are caught in the heart of cultural conflicts.

Primo says he is convinced that most CEOs would like not to speak out on abortion and would prefer not to have to take these stances, but they are being thrown in the middle. It is the case of being damned if you do or damned if you don’t. The query is: What are you doing? Primo says there aren’t many simple answers here for businesses.

The rebuke heard throughout corporate America? When Walt Disney CEO Bob Chapek challenged a Florida legislation restricting what instructors may say to young students about gender and sexuality, Governor Ron DeSantis stripped the corporation of its decades-old special tax district.

According to DeSantis that Florida fights the woke in government, in schools, and in corporations. After beating Democratic nominee Charlie Crist in the midterm elections, DeSantis stated in a speech. Never will we give in to the woke crowd. “Florida is where woke goes to die.”

A professor at the University of Washington’s Foster School of Business, Abhinav Gupta, says such rhetoric may only be rhetoric. He stated there are political points to be gained by criticizing woke corporations.

According to Gupta, business America would tolerate bullying from the Republican majority if it means less regulation and tax benefits.

In some respects, companies have been empowered to take more progressive public views, but Gupta believes they will reconsider in the future, he stated. They are modifying their methods and actions to avoid conflict as much as possible.